The Out About Scotland complete guide to the Aberdeenshire castle trail

Aberdeenshire has long been hailed as Scotland’s castle county, and with good reason, as this remote area of Britain is home to more castles per acre than anywhere else in the nation.

In fact, there are nearly 300 grand castles in just this one corner of Scotland. Some are perched high on top of the remotest cliff tops, some are nestled deep in thick pine forests, others sit majestically on top of high mountain passes and yet others lie in glorious rolling open countryside.

The only thing that could possibly be more diverse than the different style of castles is the differences in the landscape, where mountains and lochs meet sea-battered cliffs and quaint fishing towns. It’s fair to say that Aberdeenshire is a perfect microcosm of Scotland at large.

The reason for the number of fortified buildings in this area of the country is simple. Surrounded to the north and east by the sea, the county was prized as an area of strategic importance for hundreds of years and the resulting invasions, uprisings, rebellions and all-out wars led to the requirement for vast fortified castles to keep their occupants safe.

Today, tourists can enjoy a rather more sedate experience as they meander around any one of the old militarised buildings, and many have been renovated exactly to how they would have looked when they were originally built.

Some are under the stewardship of the National Trust for Scotland and the Historic Environment Scotland Trust, while others are privately managed, yet all are worth visiting to really appreciate the beauty of Aberdeenshire.

The National Trust for Scotland offers particularly good value membership and as well as allowing free entry to their historic buildings once you join, you’ll also be contributing towards the upkeep of some of Scotland’s most beautiful countryside and coastal areas. Click the advert below for further details.

You may also like...  An Itinerary For: A Glasgow Weekend - Day Two

What better way is there to discover peaceful nature reserves and golden, sandy beaches than by setting off on an adventure to find an ancient castle?

With this thought in mind, I’ve put together a list of the most magnificent and culturally important castles in this Aberdeenshire castle trail, and each one is guaranteed to offer you a fantastic time exploring them.

Fyvie Castle dates back to the 13th century when it was built by William the Lion as a royal stronghold, and it remained under royal ownership until the late 14th century, at which point it passed into several generations of noble Scots families; first Preston, then Meldrum, Seton, Gordon and finally Leith.

Today the fortress is owned and maintained by the National Trust for Scotland and it has to be on the top of the list of historical attractions to visit in Aberdeenshire.

Within the rooms of the 800-year old castle are some of the finest collections of antiquities, armour, portraits and furniture that you’re likely to find in any castle in Scotland, and you’re free to wander around the rooms either as part of a guided tour or by yourself.

This place drips with history in every corridor, gallery and staircase, and the guided tours are definitely worth taking as you’ll learn surprising facts about Fyvie that you might otherwise miss.

For instance; the castle’s guests have included Robert the Bruce and Charles I, there’s a skeleton entombed within the walls of one of the bedrooms, and there’s a secret room somewhere in the castle that legend says must never be opened.

In fact, there’s an entire history of ghostly goings-on at Fyvie Castle which led to the TV series ‘Most Haunted’ presenting a show dedicated it, so if you’re a fan of spooky tales you might enjoy hearing a few from the expert guides as they take you on a tour.

You may also like...  The 12 Best Castles to Visit in Scotland

Moving through the rooms of the portrait collections you’ll find works by Raeburn, Romney, Gainsborough and many others, as well as lots of interesting additions to the castle including an ice house, a bird hide and a glass-roofed racquet court.

There’s even a loch in the outside gardens with its own resident collection of wildfowl, and your visit can be rounded off with a visit to the Victorian kitchen tea room.

Delgatie Castle has been standing on this site near Turriff since the late 16-century, but it’s known that a fortification of some kind has existed there since at least the 11th-century.

A fine example of a Scottish keep, Delgatie Castle consists of the main keep building, an adjoining house and two wings that are offset from the main building.

Although the castle was initially owned by the Earl of Buchan, after the Battle of Bannockburn it was given to Clan Hay where it remained their family home until passing into the care and ownership of the Delgatie Castle Trust.

Inside you’ll find some of the finest painted ceilings in Scotland, a bedchamber visited by Mary Queen of Scots, various collections of paintings, and the widest turnpike stair in Britain.

Externally there’s a large area of pasture land where horses roam freely and there are cottages that are available for guests to rent as well as a river that’s a very popular trout fishing site.

You may also like...  A Guide To: Castle Sinclair Girnigoe - Caithness

One of the main draws to Delgatie is the Yester Room which serves fantastic traditional afternoon teas on vintage china and tableware (the food there won the Scottish Baking Award in 2015 and 2016), and the gift shop which sells a variety of gifts in the Clan Hay tartan.

Kinnaird Head Castle and Lighthouse is one of the most unusual fortifications in the entire British Isles. Originally built by Sir Alexander Fraser in the late 16th-century, it served as a family home until 1787 at which point it passed into the ownership of the Trustees of the Northern Lights, who converted it into Kinnaird Head Lighthouse.

Although no longer used as a lighthouse (a smaller unmanned beacon now takes that role), Kinnaird Head Castle retains many of the original lighthouse features and have been preserved just the same as the day when the last lighthouse officer walked out of its doors.

The location is perfect for taking photographs of the rugged Aberdeenshire coastline and there are plenty of interesting things to discover there, such as the nearby three-storey stone tower that was used as a storehouse but has legends of hauntings from the Fraser family member that leapt to her death on the rocks below.

It’s quite incredible to find a working lighthouse tower built inside a castle, and thankfully the entire site has been carefully maintained by the Kinnaird Head Trust. The attraction is formed into two parts, with the castle and lighthouse combined in one section and the nearby Museum of Scottish Lighthouses in another.

You may also like...  A Guide To: Crichton Castle - The Lothians

The lighthouse features a climb up a spiral staircase which leads out to some amazing views across the north sea, while the museum exhibits some interesting displays of lighthouse artefacts that have kept ships clear from the rocky Scottish coastline for hundreds of years, including the largest lens collection in Britain.

Admission to the museum including lighthouse tours:

You can also check out my Aberdeenshire Castle itinerary tour days one and two.

Special offer! Click this affiliate link to purchase a Historic Environment Scotland Explorer Pass from Viator. Your 5-day or 14-day pass allows free entry to more than 77 castles, cathedrals, distilleries and more throughout Scotland. With passes starting at just £35 (as of 2019) it’s an absolute bargain! A Guide To: Hopetoun House – The Lothians

An Itinerary For: A Glasgow Weekend – Day Two 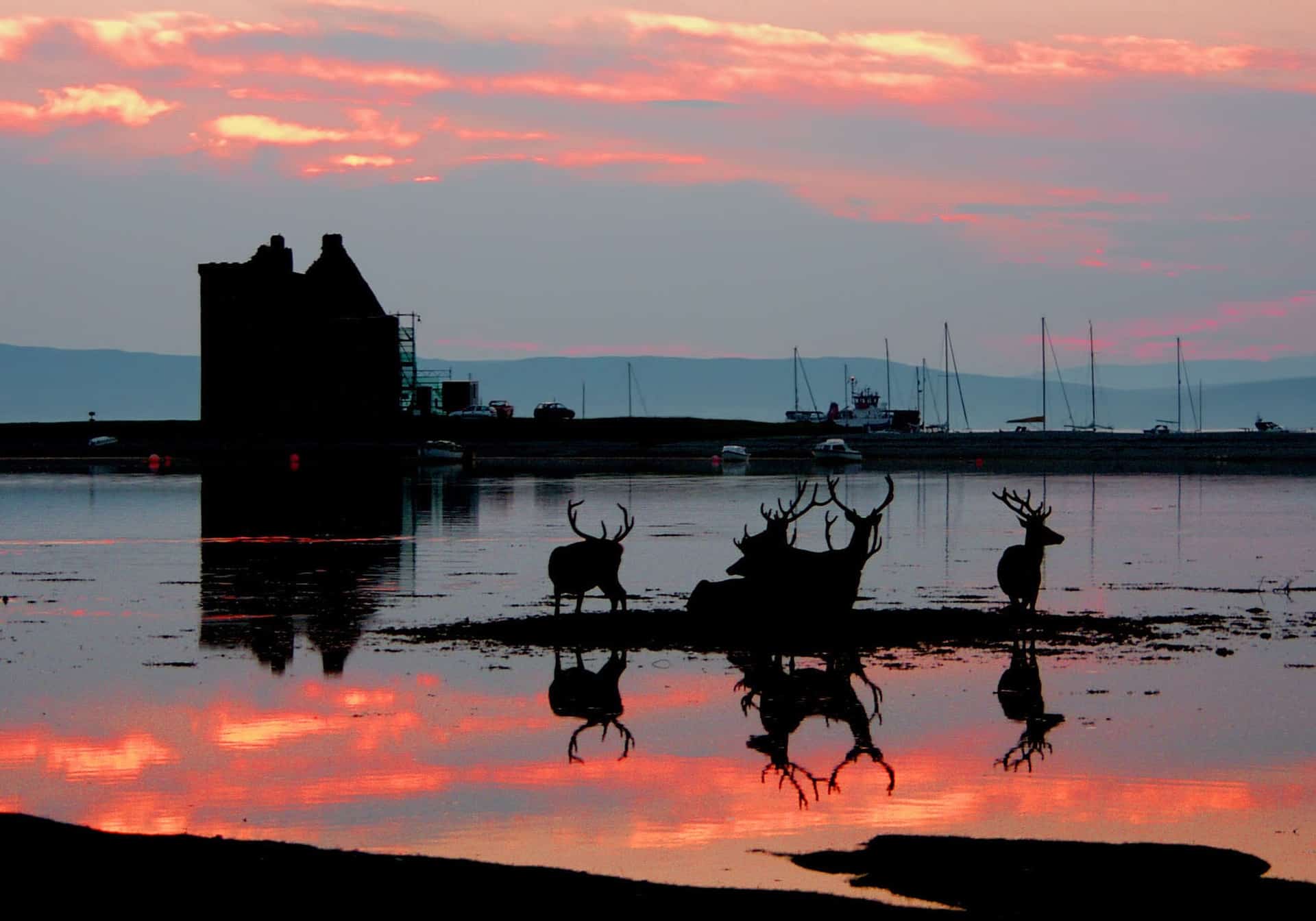 A Guide To: The Isle of Arran – West Coast