Craigmillar Castle is located a mile from Edinburgh’s old city walls and provided a secure retreat for Scotland’s royalty from the 1400s.

If anyone mentions the words ‘Edinburgh’ and ‘castle’ in the same sentence most people instantly imagine the medieval fortress that glowers over the city from the top of Castle Rock.

But there’s another castle in Edinburgh that has almost as much history, yet it goes entirely unnoticed by the majority of visiting tourists.

Sitting just three miles outside of the city centre is the ancestral home of the once-powerful Preston family, Craigmillar Castle, and I reckon it’s an attraction that’s well worth visiting if you want a break from the bustling crowds.

Although the castle is now in ruins it’s managed by the Historic Environment Scotland (HES) trust who’ve done a tremendous job of restoring it as a visitor attraction.

While it’s true that much of the castle is roofless it still remains one of the best-preserved medieval castles in Scotland, and its location means it can easily be combined with a visit to Edinburgh Castle or Holyrood Palace if you’re a fan of old buildings.

Getting to Craigmillar Castle from Edinburgh is easy. There’s a car park on-site but to be honest the Lothian Bus network is so good I suggest you take public transport instead, so look for the number 14 bus from the North Bridge which will drop you a few minutes walk away from the castle entrance.

The centre of Craigmillar Castle consists of a large L-plan tower house that was built in 1425 along with an enclosed courtyard wall, and a sizeable outer courtyard was added in 1511 which meant it was perfect as a refuge for Scotland’s nobility.

The strength of these fortifications is evident everywhere you look but especially so in the central tower where the walls are over 11 feet thick. No wonder royalty used to hide there when political events got a bit hairy in the city.

When you visit have a look at the ‘murder holes’ in the outer walls of the central tower which used to be a standard feature of fortified castles in Scotland. They were used by soldiers to drop heavy stones on invading troops and you can see similar defences as you walk around the much larger Edinburgh Castle.

It’s quite fascinating to explore the buildings but the surrounding grounds are worth walking around too.

To the south there are the remains of the Preston formal gardens that include the family chapel built in 1520, and it’s easy to let yourself imagine you’re walking the same paths that Mary Queen of Scots walked through when she was a guest.

In fact, those gardens have so much history associated with them they’ve been included in the UK’s National Register of Historic Gardens. Impressive stuff.

Things to do at Craigmillar Castle

I have to say I really like Craigmillar Castle. It makes a nice change from the busy city centre and it’s far enough from the hubbub that it almost feels like you’re in the countryside – even though the bus ride only takes 20 minutes.

It’s a top place to take the kids too as there are loads of hidden nooks and crannies to hide in but it’s got a few surprises waiting for you as well.

The first of these is the huge tree growing inside the central courtyard (how did that get there?!) and the second is the viewing platform on the upper level of the tower house. You’ll get great views across the city from the platform and it’s the perfect location to take a few shots of Holyrood Park that you couldn’t get anywhere else.

The rest of the castle is basically just a series of bare walls – some without roofs – but at least HES have installed plenty of information panels so you can learn about the history of the castle while you’re walking through it.

After you’ve walked around the castle you can head out into the grounds which aren’t really all that big but they’re quite pretty, and HES have installed a few picnic benches so they make a top place to whip out a cheese sarnie or two.

These grounds are typical of most Scottish castles and they’re littered with little details that give us a glimpse into Scottish life hundreds of years ago, with one example being the round tower doocot that sits at the north-east corner of the grounds.

A doocot, or ‘dovecote’ as it’s also known, is a small building that was used to keep pigeons, much like we use a chicken coop today.

Pigeon meat used to be a vital source of protein in Scotland and not only were the birds easy to keep but they reproduced in large numbers which meant there was always readily available meat for the Preston family.

RELATED POST:
The 10 Best Things to do in Edinburgh on a Rainy Day

Take a look at the roof of the doocot and you’ll see the hole where the birds used to fly in and out, surrounded by hundreds of nesting perches. It’s a surprisingly big structure and just goes to show how much our ancestors liked eating pigeons.

The history of Craigmillar Castle

Building works began on the castle in the late 14th-century and it was the main home of the wealthy Preston family until they sold it in 1660.

One of the most famous residents of Craigmillar Castle was Mary Queen of Scots who famously took refuge there after the birth of her son James VI. It was during this time that a plan was made to kill her husband Lord Darnley, an act of revenge which became instrumental in her downfall.

Following Mary’s exile the Preston family remained the owners of the castle till Sir John Gilmour purchased it, at which time the Gilmour family carried out extensive renovation work on the accommodation areas.

Sir Gilmour had risen to the position of senior judge and held a considerable amount of power, and he was also a favourite of King Charles II. Much like today the wealthy of the time displayed their fortunes through the size of their houses, and Craigmillar was one of the more formidable status symbols in the area.

By the late 18th-century the walls were beginning to crumble but the castle was already turning into a tourist attraction for Edinburgh’s residents who were drawn to the peaceful rural landscape surrounding it.

It finally passed into state care in 1946 and today Historic Environment Scotland is responsible for the care and maintenance of this Category A listed building – the highest level of protection that can be given to a historic building in Scotland.

If you’d like to explore more Scottish castles read my Guide to the Best Castles to Visit in Scotland. 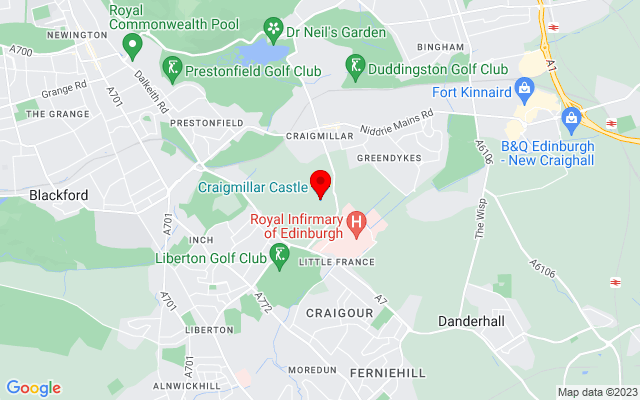