Prestongrange in the coastal village of Prestonpans is a free-to-visit outdoor museum that showcases East Lothian’s rich industrial heritage. The museum aims to educate visitors about the 800-years of industrial activity that left its mark on the area, from the almost-vanished harbour to its long-abandoned colliery.

Prestongrange Museum is an outdoor historic site located in Prestonpans not far from the banks of the Firth of Forth in East Lothian. The village of Prestonpans is relatively unknown by Scotland’s tourists which is unfortunate because there’s a surprising amount of things to do if you spend a little time looking for them.

The museum is sited in a picturesque part of Prestonpans with a thick copse of woodland behind it and a scenic view of the Forth in front. It’s remarkable that Prestongrange was at one time the site of intense industrial activity with a harbour, a colliery and a brickworks, but today there are just a few buildings remaining to give visitors a glimpse of East Lothian’s abandoned coal mines.

Getting to Prestongrange Museum from Edinburgh is simple enough if you follow the signs to Prestonpans (the next village east after Musselburgh) and take the turning onto the B1348.

You’ll pass a turn-off for Levenhall Links nature reserve and a bit further on is the signposted entrance to Prestongrange Museum. It’s a fairly nondescript road so keep your eyes open for the signposts, but there are a few railway coal wagons on either side to give you a clue about what lies ahead, with a limited amount of roadside parking just before the main entrance.

Once inside you’re free to walk around at your leisure to look at the old buildings and machinery with the majority located in the area at the back towards the woodland (behind those trees is the world’s sixth-oldest golf course). Once there you’ll find the remains of the railway lines that transported coal in and out of the site and some of the steam-powered machinery that operated the coal mines.

READ NEXT:
The Complete Guide to Visiting the Quiraing on the Isle of Skye

Mining was one of East Lothian’s main industries for hundreds of years but many of the old pits ceased production in the 1980s leaving just a few buildings behind to mark their presence on the landscape.

Prestongrange is no exception, although the buildings there range in age from the Victorian era through to the mid-1900s with a Cornish beam engine at one end of the scale and a brick kiln at the other. It’s difficult to imagine exactly how the site would have looked in its heydey but it’s certainly enough to get an idea of the scale of the industry that at one time thrived in Scotland.

The only negative I can think of (it’s not really a negative as such, more of a ‘would-be-nice-to-have’), is that the big buildings like the powerhouse and the brick kiln are closed so you can’t get inside them other than on a guided tour. I’d love to be able to have a wander around on my own but perhaps that’s something they’ll allow in the future.

There’s a larger attraction dedicated to Scotland’s long-since-vanished coal industry at the National Mining Museum in Gorebridge but Prestongrange Museum offers a nice alternative to that much busier site.

Things to do at Prestongrange Museum

I have to give bonus points to East Lothian Museums who have done a good job of setting up information panels at each point of interest with an audio guide that’s available by calling different phone numbers. The audio guides are quite interesting and it’s a nice touch considering the entire museum is completely free to visit.

There are guided tours between April and September but to be honest I feel half the fun of places like this is just setting off in whatever direction you fancy and seeing what you stumble across.

While it’s not exactly going to take you all afternoon to look at what’s on offer you’ll find more than enough to keep you occupied for a good hour, or longer if you grab a cuppa and a snack in the on-site cafe.

Most of the outdoor areas have been laid to grass and thankfully dog walkers appear to clean up after their mutts so there’s no problem letting the kids burn off some energy in the open spaces on the occasional sunny days we get in Scotland.

READ NEXT:
The Complete Guide to Visiting the Glasgow Botanic Gardens

It would be a good place to sit down with a picnic as well, especially so if you’re looking for somewhere that’s away from the busy crowds of Edinburgh.

While Prestonpans isn’t exactly a hotspot of tourism there are a couple of other interesting places to investigate after you’ve walked around Prestongrange Museum.

First off I highly recommend you cross the road and take a walk through the 134-hectare Levenhall Links which at one time was the site of the colliery ash disposal but is now a haven for wildlife.

The views across the Firth of Forth are lovely and if you spend a little time walking around you’ll eventually find a couple of hides where you can watch a variety of birds nesting and feeding.

The paths throughout the conservation area are well-maintained and easily accessible so it’s a great place to go for a family walk, but I’d only plan for an hour there unless you want to spend extra time in the boating lake or the playing fields. 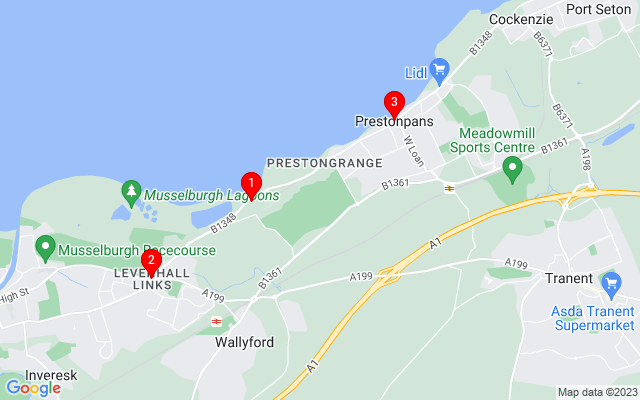 The other site of interest you might like to visit after Prestongrange Museum is the Battle of Prestonpans battlefield which is located at the opposite end of the village past the rail station on the B1361.

The battlefield was the site of one of the most important events in Scottish history when in 1745 the Jacobites, led by the ‘Bonnie Prince’ Charles Stuart defeated the government army under the command of Sir John Cope.

The entrance is marked with a memorial cairn and you’ll find the battlefield viewing platform on top of a small hill (you can’t miss it) where information panels lay out the events as they happened across the fields in front.

There’s a bucket-load of attractions to discover in East Lothian but I’d suggest the battlefield, the conservation park, and Prestongrange Museum are the highlights of a visit to Prestonpans so I wouldn’t spend any longer in the village after you’ve visited them.

That being said, if you want an overview of this criminally-undervisited county you might want to take a look at my Guide to the Best Places to Visit in East Lothian.

READ NEXT:
The Complete Guide to Visiting Kilchurn Castle in Argyll & Bute 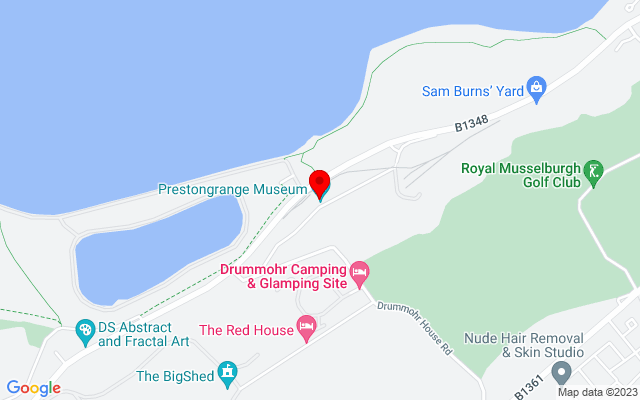 Save time and money by pre-booking your Edinburgh tour tickets here.

Getting there: Bus stop nearby, Car park on-site (space for a couple of cars plus roadside parking).