Smoo Cave in the North Highlands

Smoo Cave near Durness has one of the largest sea cave entrances in Britain. The main cavern is 50 feet high. Guided tours are available.

Smoo Cave in the far northern Highlands is arguably one of – if not the – most impressive natural wonders in Scotland.

This is a cave that’s absolutely monumental in size, and the cave entrance has the privilege of being the largest sea cave entrance in Britain – something you’ll only really appreciate once you visit the place.

To get to Smoo Cave head towards the village of Durness in Sutherland (the most northwesterly village on the Scottish mainland) and stop at the car park on the village outskirts.

From here you can follow the path down from the top of the limestone cliffs to the tidal gorge at the bottom where you’ll be greeted by a dramatic coastline that rivals any other in Scotland.

In the opposite direction from the sea lies Smoo Cave, and to be honest it’s impossible to miss as it’s almost cathedral-like in size.

The entrance is gob-smacking and it has to be one of the most photo-worthy natural attractions in Scotland, with a ceiling that towers 50 feet overhead and walls that circle out 150 feet from the cave mouth.

The sea washes right inside this cave (depending on the tide) so you’ll be thankful there’s a wooden bridge to take you onto the path that leads into the main chamber but to get the most out of a visit you’ll need to book yourself onto one of the tours that takes you much further into the underground network of chambers.

One of the things that make Smoo Cave unique is the fact that part of it has been formed by the sea while the rest of it has been carved out of the rock by freshwater and in fact, this is the only cave of its type in Britain that’s been created this way.

Although your visit shouldn’t take much more than an hour I recommend having a chat with the on-site tour guides while you’re there as there’s a fascinating history associated with this cave.

The name ‘Smoo’ is thought to derive from an old Norse word meaning ‘hiding place’, which kind of makes sense once you start exploring the deeper recesses.

During the time that Vikings were pillaging Scotland the most widely used form of transport was the sea, and this enormous cave located inland at the end of a long gulley would have been the perfect home for anyone wanting to hide away from revenge attacks by angry locals.

In fact, evidence shows that the caves were inhabited even before the Vikings, with remains being uncovered that date back over 5000 years. Impressive stuff.

There’s a definite sombre atmosphere in this gloomy cavern which might go some way to explaining why for centuries it was thought that the caves were the home of the devil.

The fear of disturbing some dark force meant that locals kept well clear of the underground chambers, making them a convenient place to dump the bodies of anyone who’d been murdered in what passed for justice at the time.

One grisly tale mentions how two customs and excise men were drowned when the local boatman ferrying them about on their search for illicit whisky ‘accidentally’ rowed them under the waterfall in the second chamber – a murderous act that’s all too easy to imagine if you ever get the chance to see the torrent in full flow after a heavy downpour.

I have to say I left Smoo Cave with the feeling that visiting these subterranean hollows is like stepping into another world, one that’s cold and dark yet hauntingly beautiful at the same time.

Read on if you want to find out more about this fascinating tourist attraction.

Things to do at Smoo Cave

You can enter the main chamber for no fee whatsoever, and to be honest if you choose not to take the tour you’ll still have a memorable time as the cave entrance is probably the most impressive part of a visit.

As you face the cave mouth you’ll notice a wooden walkway leading into the cave walls on the right-hand side, and it’s here where you’ll find the second and third chambers.

The second chamber is a remarkable place as it’s where the torrential waterfall plummets down 80 feet from a hole in the cave roof, fed by the waters of the Allt Smoo stream above.

After a downpour this stream absolutely thunders down and it’s so loud you’ll struggle to hear yourself talk, but it’s an exciting spectacle nonetheless.

RELATED POST:
The Complete Guide to The Arran Coastal Way

The wooden platform overlooking the waterfall lets you appreciate this chamber in all its glory so I recommend you stop to take a few photos while you’re there.

You won’t see too much on a dark day but when the sun shines it cascades through the waterfall’s opening to light up the crystal-clear pool of water in a stunning reflective lightshow of blues and greens.

It’s from this point where the tour begins, and by descending a small set of steps you’ll launch yourself into a small dinghy to be carried across the pool into the third chamber beyond.

It’s just a short walk from the far end of the waterfall to the third chamber but it’s an enjoyable experience all the same, with the only downside being you can’t go any further.

Although that’s the end of the road as far as the tour goes, if you look down you’ll see a pool of water that descends into a tunnel that burrows its way through to another chamber beyond the walls surrounding the third chamber.

Another guide I spoke to said he was slowly but surely excavating an alternate entrance into this hidden chamber and that one day in the future it might be possible to visit it, and from what I saw I sincerely hope he manages to break through.

But as far as the current tour goes you’ve no option but to turn back and retrace your footsteps the way you came in, including the return boat ride.

However, as an added bonus there’s a really nice walk along the peninsula on a path that heads to the right of the cave entrance which is every bit as enjoyable as exploring the cave is.

It’s not a long walk – plan an hour for the circuit – but it’s a great way to see the gorgeous Sutherland coastline, and it’ll nicely round off a visit to this impressive cave network.

RELATED POST:
The Complete Guide to Visiting the Loch Ness Centre and Exhibition in the Highlands 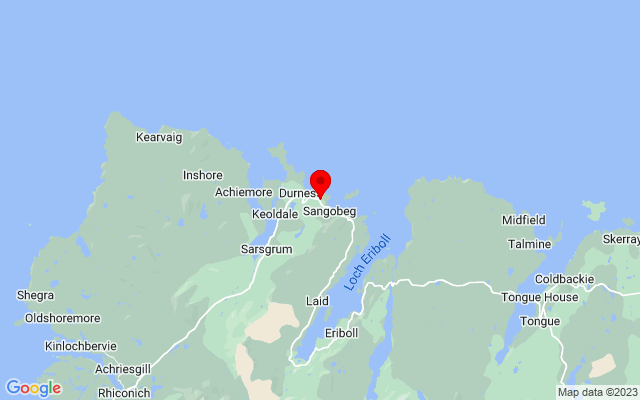 Get your north Scotland tour tickets in advance here.

Guided tours are available that venture further into the cave. Tours run from the beginning of April to the end of September. Note – no advance bookings.

Smoo Cave is accessible 24/7, 365 days a year. The cave is free to enter up to the waterfall chamber.