Duff House is a magnificent Georgian mansion situated in the north-Scotland coastal town of Banff. The mansion is home to a large collection of artworks and is managed by Historic Environment Scotland.

Discover this grand mansion house with this guide which includes an overview and helpful visiting advice.

The historic coastal town of Banff in the north-east of Scotland is becoming increasingly popular with tourists who visit in their droves to explore the rugged coastline and secluded coves and beaches that this part of the country is renowned for.

But the Banff and Buchan area is also a firm favourite with visitors who want to see the huge number of historic buildings and castles that dot the landscape.

Aberdeenshire has long held the nickname ‘Scotland’s castle country’ and you’ll find a surprising number of formidable fortresses and grand stately homes along its eastern coast.

The northern coastline is also rich in history and if you head that way you’ll find a real gem of a country house that should definitely be on your list of places to visit if you’ve got an interest in Scotland’s history.

Duff House is an impressive stately home that’s totally unexpected in a quiet coastal town like Banff, but it offers a fascinating walk through its maze of rooms and the outside grounds are lovely – especially in spring when the wildflowers start to bloom.

If the weather holds out I recommend you take the time to visit the Duff House gardens because they’re the highlight of the entire estate in my opinion.

The walk through the grounds passes through landscaped lawns and ornamental follies before branching off onto a path that runs for around two miles towards the Bridge Of Alvah, and along the way you’ll pass a couple of curiosities including the Duff House ice house and the family mausoleum.

Read on to find out more about this attraction.

Built as a giant status symbol by William Duff, the First Earl of Fife, Duff House never fails to impress visitors who come not just to admire the architecture of the building but also come to view the collection of national treasures on loan from the official collection of the National Galleries of Scotland.

The entire estate is joint run by Aberdeenshire Council and Historic Environment Scotland and the artworks have been included as a way to open up Scotland’s national collection to audiences who might not be able to visit the main collections in the Edinburgh Galleries.

While the mansion-house is a peaceful place today its beginnings were surrounded by in-fighting between William Duff (the owner) and William Adam (the architect) so the east and west wings of the original design were never completed.

However, the house is stunning in its current form and visitors will no doubt enjoy seeing the baroque architecture and exploring the 18th-century decorated rooms with their meticulously restored furniture.

Although William Adam died before he could receive the debt owed to him for building Duff House, he would no doubt be proud to see modern-day tourists enjoying the salon and drawing rooms, the fine art, and the Dunimarle library with its collection of more than 4,000 rare books.

Externally, Duff House is surrounded by landscaped grounds with paths leading past several ornamental follies as they make their way alongside the River Deveron before finishing at the Gothic Duff family mausoleum hidden deep inside the woodland.

The walk back through the grounds will probably work up an appetite for the on-site café and its mouth-watering selection of home-baked food, while children will no doubt be entertained by the well-stocked gift shop at the main entrance.

All-in-all, Duff House is a highly recommended attraction for visitors exploring this part of Scotland. 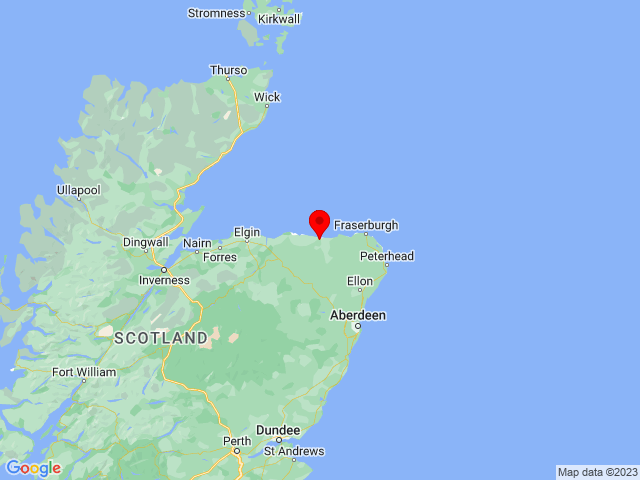 Things to do near Duff House

Who lived in Duff House?

Duff House was built between 1735 and 1740 for William Duff of Braco, 1st Earl of Fife. When the Duff family moved out in 1903 they gifted the house to Banff Burgh, and it is now in the care of Historic Environment Scotland and National Galleries of Scotland.

Assistance dogs are allowed at Duff House. Other dogs are not permitted.

How old is Duff House?

More places to visit in Grampian