The National Museum of Flight in East Lothian offers an amazing family day out for anyone with a love of air travel and aircraft.

This popular tourist attraction features outdoor displays as well as aircraft hangers full of planes, helicopters and more. There’s also an on-site café and a gift shop that’s stacked to the rafters with aircraft-themed toys and models.

About the National Museum of Flight

The National Museum of Flight in East Lothian is the perfect day out for family members of all ages.

Sited on an old World War II airfield the museum comprises a number of aircraft hangars filled to the brim with pristine examples of different types of aircraft from the last hundred-or-so years, from the very first days of flight right up to modern times.

Described as containing one of Europe’s finest collections of aircraft, the museum boasts everything from gyrocopters to fighter jets and you can get up close to all the exhibits on show – and even climb aboard and walk around some of them.

While you can’t prod and poke every aircraft in the museum there are quite a few that you can interact with and the curators have gone to great lengths to include lots of science-themed fun/educational exhibits that are genuinely interesting to play with (adults included).

As you’d expect with a military base there are quite a few workshops and engineering bays spread across the attraction and most of them have been restored to how they would have looked during WWII.

There are also several areas where you can learn the mechanics of military aircraft, their history, and the role they played in defending the nation when the base was in full operation over 70 years ago.

The National Museum of Flight is a great attraction that will appeal to adults and children alike so if you’re looking for a family day out and you’re in East Lothian it’s definitely worth considering.

Visiting the National Museum of Flight

Each exhibition showcases a certain stage in aviation history, with military and civilian aviation being held in the two biggest hangars and the science of flight exhibited in smaller buildings on the old airfield.

The National Museums of Scotland who manage this attraction have to be commended for the amount of detail they’ve put into the information displays and even if you’re a bit of a plane nerd like me I guarantee you’ll walk away having learned quite a few new facts about aviation.

Kids especially will absolutely lap this stuff up so I suppose you could almost say a visit here is just as important for the educational side as it is for the fun they’ll have romping around the old aircraft.

There are fairly big expanses of grass outside the hangars so you can enjoy the East Lothian countryside while you’re walking around and it’s there where you can view some of the biggest aircraft on display – including the mighty Avro Vulcan, the massive delta-winged aircraft that became synonymous with the cold war.

You won’t believe how big that thing is until you walk underneath it.

But for me, the highlight of the museum has to be the fully restored Concorde which sits inside one of the main hangars, and if you’ve ever wanted to look inside one of these incredible aircraft then visiting this museum might be your only chance to do so.

As with all the exhibits at the National Museum of Flight, Concorde has a fascinating collection of storyboards and activities that all ages will find interesting and it’s worth a trip to the hangar to learn a few interesting facts about this important part of Britain’s aviation history.

As well as Concorde you can view a huge Boeing 707, a Hawker Sea Harrier (better known as the Jump Jet), an F4 Phantom and many others, and as previously mentioned each exhibition is cleverly designed with an educational twist.

There’s also a café on the site and a gift shop that’s full of enough models and aviation-themed gifts that everyone will find something worth buying. I’ll just say this – if you’re a fan of model aircraft you’d better make sure you’ve got your wallet with you.

If you’re looking to save some money on the entrance costs I recommend you consider buying a membership of the National Museums of Scotland which allows you free return visits to this attraction and three other major Scottish museums for around £45 annually.

If you’ve got any interest in planes, helicopters, and the history of flight then I think a visit to the National Museum of Flight in East Lothian is a fantastic way to spend an afternoon.

Directions to the National Museum of Flight 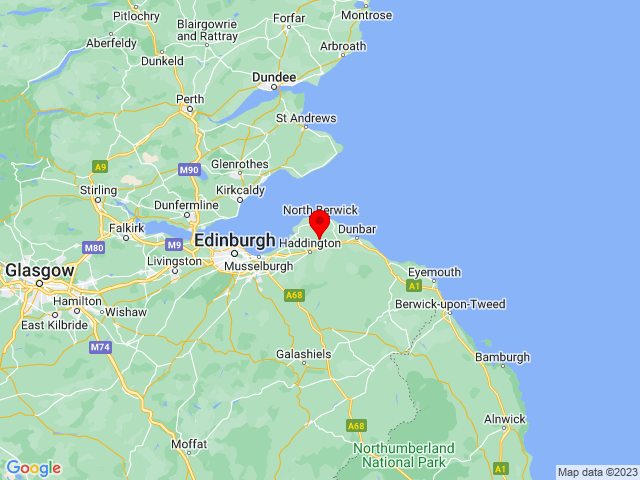 Things to do near the National Museum of Flight

Accommodation near the National Museum of Flight

FAQ’s about the National Museum of Flight

How do I get to the National Museum of Flight?

How long does it take to go around the National Museum of Flight?

Expect to spend around 2-3 hours at the National Museum of Flight, with additional time for visiting the gift shop and café.

Can you take dogs to the Museum of Flight?

Dogs are allowed in the outside areas as long as they are kept on a leash. Dogs are not permitted inside the hangars.

Can I get on board any of the aircraft?

Visitors to the National Museum of Flight can board the Concorde and Boeing 707.