Spynie Palace, near Elgin in the Moray region of Scotland, was home to the bishops of Moray for over 500 years. The palace is managed by Historic Environment Scotland and is open to the public for self-guided tours.

Discover Spynie Palace with this guide which includes an overview, visiting advice, and 360° photos.

Spynie Palace is located in the heart of the lovely Moray countryside, where the imposing walls of this immense building served as the fortified home to the bishops of Moray for over 500 years.

Today the majority of the structure is in ruins, but thankfully it’s in the care of Historic Environment Scotland who has renovated the site for future generations to enjoy.

While it’s not exactly a palace – don’t go thinking you’re going to see anything similar to Edinburgh’s Holyrood Palace (which you can read about in my Complete Guide to Holyrood Palace) – it’s still an impressive building that will give you an hour or two of exploring.

Although the cathedral a short distance away in Elgin is renowned for its intricate stonework, the old bishop’s home at Spynie Palace is equally well-known thanks to David’s Tower, the immense tower house which is the largest by volume to survive anywhere in Scotland.

This historic attraction has more to offer than you might think and it’s probably one of the most underrated attractions in the Elgin area.

Set in a gorgeous countryside setting it’s perfectly suited for sunny family afternoons out, and there’s a fairly large expanse of grass where the kids can run about and explore the ruins while mums and dads chill out on the benches in the picnic area and look across the fields at the woodland surrounding the site.

St. David’s Tower is the biggest section of the palace and it’s quite an experience to walk in and just look up at the walls towering above you.

Historic Environment Scotland has done a good job of installing information panels throughout the site so you can learn about each section of the palace as you make your way around, and there are plenty of nooks and crannies to explore too.

Once inside the tower you can explore the semi-hidden rooms that extend out from the floor level before heading up the winding spiral staircase to take in breathtaking views across the Moray countryside.

The views here are fantastic and they’re definitely worthy of a photo or two, although if you don’t like heights you might want to stop at the lower viewing platform which lets you appreciate the size of David’s Tower without having to climb to the top.

It’s difficult to comprehend how the tower would have looked in medieval times but the column of ascending windows at least gives you an idea of where the floors would have been originally installed. Make no mistake, this would have been one of the most impressive buildings in Scotland back in its heyday.

Heading back outside you can venture down into the basement depths where you’ll find a series of storerooms, after which you can go back up to the main courtyard to appreciate the size of the grounds.

The site was so large that it even had its own bowling green at one time, as well as a tennis court. These are two very good reasons why the palace was also used as a guesthouse for royalty travelling through the region.

I really enjoyed my visit to Spynie Palace and I’d say there’s enough on offer to keep families entertained for a good couple of hours, and the facilities are pretty decent for such a remote attraction.

There are a couple of picnic benches to one side of the lawn area with toilets nearby and you’ll find a small shop inside the ticket office where the HES guide will be able to answer any questions you might have.

It was thanks to the guide that I found out that for a small additional cost you can extend your visit to include Elgin Cathedral as well, which is something I definitely recommend you do if you’ve got any interest in Scotland’s history.

Even better, you’re only a 10-minute drive from Lossiemouth so if you don’t fancy heading into Elgin you can enjoy the gorgeous stretch of sand along the East Beach – which you can read about in my Complete Guide to Lossiemouth East Beach.

You’ll find inspiration for more places to visit in my Guide to the Best Attractions in the Scottish Highlands. 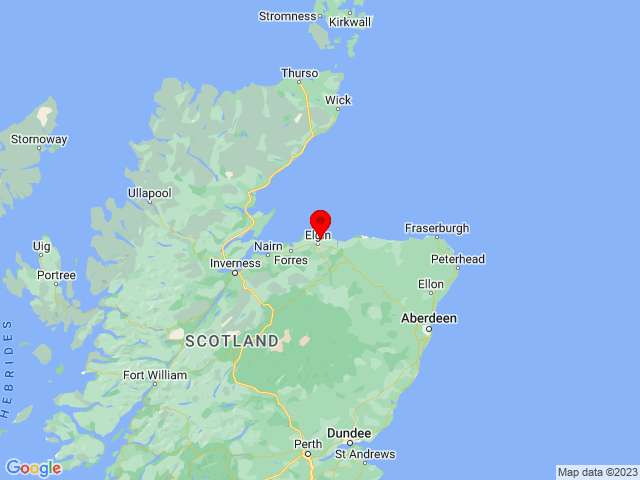 Things to do near Spynie Palace

How do I get to Spynie Palace?

How much does it cost to visit Spynie Palace?

Visit the tickets page for the latest entry prices.

Who lived in Spynie Palace?

Spynie Palace was built as a fortified residence for the bishops of Moray. It was originally constructed in the late 1100s but the oldest surviving buildings date from the 1300s.

What visitor facilities are there at Spynie Palace?

Visit the facilities page for updated information on available facilities.

More places to visit in Grampian