John Muir Country Park – dedicated to the 19th-century conservationist John Muir – is located close to the town of Dunbar in East Lothian.

The park is one of the top visitor attractions in East Lothian and features grassland, pine woodland, and a wide golden-sand beach.

Discover John Muir Country Park in this guide, which includes an overview, a 360° virtual tour, and a photo slideshow.

John Muir Country Park is located on one of the most beautiful stretches of the East Lothian coastline and offers a range of wildlife habitats that people of all ages will enjoy exploring.

The park is dedicated to John Muir, the famous Scottish-born 19th-century naturalist and conservationist who preserved many of the wilderness areas in the United States, including Yosemite Valley and the Sequoia National Park after developing a fascination with East Lothian’s countryside.

Although the park wasn’t designated as a preservation area until 1976 it has since become one of the most-loved outdoors areas in the east of Scotland, and nature-lovers flock to the site to enjoy the wild landscape.

This is a large park and it’s one that’s impossible not to like – even if the weather isn’t so good. The park is always popular when the sun is shining but you’ll need to wrap up on windy days because the North Sea winds really whip across the exposed beach at Belhaven Bay.

The beach extends from Belhaven all the way to the north of the River Tyne and you’ll find there are superb views from the clifftops as you walk towards Dunbar.

If you decide to head into the town after visiting the park keep a lookout for the John Muir Birthplace building which is a museum dedicated to the work of…. well, John Muir. Who else would it be dedicated to?

Heading back in the opposite direction to Dunbar will lead you through sand dunes and grassland. The grassland is thick with wildflowers that are full of insect and bird life and they’re ringed by pine trees and mudflats that are home to kittiwake, eider duck, skylarks and lapwings.

The woods have rough tracks running through them and you’ll see the occasional mountain bike zooming about, but to be honest you’re much better off on two feet as it’s not exactly the biggest woodland in Scotland.

John Muir Country Park is a great place to take a leisurely afternoon stroll and if you’ve got kids with you you’ll find plenty of things to keep them occupied.

It really is a lovely park (it’s actually my favourite place in East Lothian) and I totally recommend visiting it if you’re ever in this part of the country.

John Muir Country Park is highly regarded for the number of plants that grow there and to date over 400 different varieties have been recorded.

The park is also a prime site for birdwatchers thanks to its varied habitats and across sand dunes, salt marsh, beach and woodland you can see kittiwakes, eider duck, shelduck, skylark, meadow pipit, ringed plover, gannet and terns foraging for food and flitting about in the skies.

The walk shown on this page will take you through each habitat, starting at the salt marsh before moving on to the beach, through the sand dunes, back across the salt marsh and finishing off with a lovely walk through the pine woodland.

While some sections of the path aren’t suitable for people with impaired mobility there are enough accessible areas that anyone can enjoy a visit to the site.

In addition, the John Muir Trust has rather thoughtfully installed wooden boards down to the beach so that pretty much anyone can get down there to enjoy it.

Other highlights for families are the large children’s play park at Linkfield car park with a BBQ area nearby, and the East Links Family Park attraction that’s located on the edge of the woodland.

You can see some of the animals in the East Links Family Park as you make your way back to Linkfield car park so don’t be surprised if you suddenly find an emu or a llama staring at you through the fences!

The facilities on offer at John Muir Country Park are pretty good and there are plenty of car parking spaces near the kid’s play park along with a nearby BBQ area and public toilets.

The public toilets are great as they have showers to freshen up after a swim, but unfortunately they’re cold only so you might want to leave the loofah at home unless it’s the middle of summer.

All-in-all, this is a first-class attraction in East Lothian that’s suitable for families of all ages. 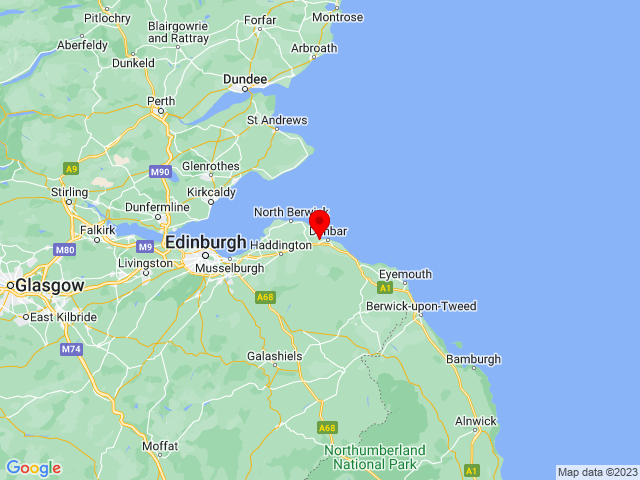 Things to do near John Muir Country Park

How do I get to John Muir Country Park?

Where are the toilets at John Muir Country Park?

What visitor facilities are there at John Muir Country Park?