The TRNSMT music festival is staged in Glasgow each year in July, usually in Glasgow Green public park which is notable for the People’s Palace museum.

The festival presents the cream of British musical talent across 3 days of fun, and facilities include food and drink stalls, souvenir stands and a chill-out area.

Review of the TRNSMT Music Festival

Following on from the incredibly popular but now-defunct T in The Park, the TRNSMT music festival is fast becoming the biggest music event in the Scottish calendar.

After receiving extremely positive reviews when the festival was first hosted in 2017 the music extravaganza continues to be held in Glasgow’s centrally-located Glasgow Green in July each year, with some of Britain’s biggest headlining acts performing sets on enormous purpose-built sound stages.

TRNSMT is also becoming famous for featuring an eclectic mix of bands and that’s something that makes it a little bit different from many other large music festivals.

Each year you’ll find big, brash rock groups playing back to back with electro-synth, followed by the latest girl/boy band and debut sets from some of Scotland’s up-and-coming home-grown talent.

The sound stage is world-class too and easily competes with bigger, more over-priced arenas in the south (I’m looking at you O2) and it’s great to see some of the world’s biggest acts starting to come over to Glasgow to play to TNSMT’s energetic crowds.

Fingers crossed this event continues its journey to becoming one of the biggest music festivals in Britain.

Things to do at the TRNSMT Music Festival

Attendance figures for the event in 2018 numbered over 100,000, a figure that was surpassed in 2019 as music-loving Scots flocked to the city to catch major acts like The Stereophonics, Liam Gallagher, The Arctic Monkeys, Texas, Franz Ferdinand and The Killers.

The roster of acts at TRNSMT changes each year and inevitably some will pull out before the final sets are revealed so please check the TRNSMT website frequently for the latest information on who will be playing.

Due to its central location there are ample opportunities to book into accommodation within the city boundaries and the excellent Glasgow transport system ensures that event-goers get to the show with a minimum of fuss.

Visitors to the city will know Glasgow Green for a number of reasons, mainly due to the fact it’s a landscaped oasis right in the heart of the city where visitors can relax by the banks of the River Clyde, but also because it’s the location of two of the most widely photographed buildings in Glasgow; The People’s Palace and the Templeton Building.

Those attractions won’t be of any interest to most festival attendees but it’s nice to know there are places to visit outside TRNSMT. If you’re planning on spending a little time in Glasgow when the festival is over you’ll find information about hotels and travel options further down this page

Find inspiration for places to visit near Glasgow Green with my Guide to the Best Attractions in Glasgow.

Glasgow Green is centrally located within the city centre and there are a variety of public transport options available. Nearby train stations can be found at Argyle Street and High Street. Bus stops can be found on London Road and Saltmarket Road. 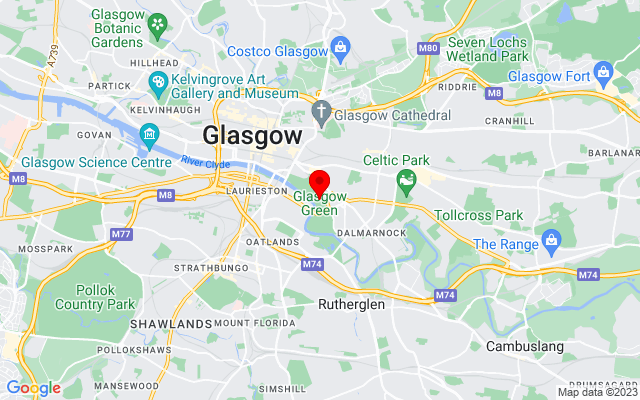 Note that TRNSMT is rescheduled for September 2021.

The main bus operator in Glasgow is First Bus, which provides regular bus services throughout the city with over 100 routes to choose from. Most locals prefer to use the bus network as it’s one of the easiest and cheapest options for getting around the city centre and the outlying districts.

The south of Scotland is linked to the city by Glasgow Central Station, while Glasgow Queen Street Station has links to Edinburgh & the north of Scotland. The ScotRail website has information about all the available routes and timetables.

The SPT Roundabout ticket gives one-day unlimited travel by rail and subway to over 110 stations in the Greater Glasgow area. You can purchase these tickets through ScotRail or SPT Travel Centres.

Please note that they are only valid after 09:00 Monday to Friday, all day at weekends, and Scottish public holidays. You can buy them either through ScotRail or SPT Travel Centres.

Taking a taxi is by far the quickest way to get around Glasgow and the official Glasgow Taxis operate throughout the district, and their distinctive black cabs easily distinguish them from the private mini-cabs that also run in the city centre.

They offer 5 and 6 seater vehicles, and if their yellow light is on they can be flagged down on the street. Alternatively, telephone 0141 4297070 to book one.

If you’re looking for a cheap place to stay in Glasgow while TRNSMT is on try the following hostels and guesthouses. They all offer reasonable prices in clean, modern rooms.

More places to visit in Glasgow

This website uses cookies to improve your experience while you navigate through the website. Out of these cookies, the cookies that are categorized as necessary are stored on your browser as they are essential for the working of basic functionalities of the website. We also use third-party cookies that help us analyze and understand how you use this website. These cookies will be stored in your browser only with your consent. You also have the option to opt-out of these cookies. But opting out of some of these cookies may have an effect on your browsing experience.
Necessary Always Enabled
Necessary cookies are absolutely essential for the website to function properly. This category only includes cookies that ensures basic functionalities and security features of the website. These cookies do not store any personal information.
Non-necessary
Any cookies that may not be particularly necessary for the website to function and is used specifically to collect user personal data via analytics, ads, other embedded contents are termed as non-necessary cookies. It is mandatory to procure user consent prior to running these cookies on your website.
SAVE & ACCEPT
Copy link
CopyCopied
Powered by Social Snap