The remains of long-abandoned villages can be seen all over the Isle of Skye, but Boreraig – situated 4 1/2 miles south of Broadford – is perhaps the most hauntingly beautiful.

Not much remains of the village other than a few low-lying walls, but there’s enough evidence of the buildings to appreciate that this was once a flourishing settlement.

Visiting Boreraig takes walkers on a 9-mile circular trail from Broadford to the shore of Loch Eishort, across heather-covered moorland on rough paths that can be hard-going but offer stunning views along the way.

Of all the places you can visit on the Isle of Skye, the village of Boreraig has to be one of the remotest.

It’s certainly not an easy place to get to thanks to a distinct lack of roads, and there are few mentions of it in Skye’s guide books.

The remains of the historic clearance village are located in a sweeping grass plain at the foot of hills that loom over Loch Eishort and the Sleat Peninsula, roughly 5 miles south of Broadford.

Although Broadford is a small village, its location on the A87 just 9 miles from the Skye Bridge makes it a good place to park the car for walks into the heartland of southern Skye, especially for anyone adventurous enough to tackle a hike into the treacherous Cuillin mountains.

To the south of Broadford lies the shores of Loch Slapin which can be accessed via the B8083, with Loch Eishort located immediately to the southeast.

This corner of Skye is almost entirely uninhabited and has few roads, but access is possible thanks to a rough trail that winds its way from the B8083 heading south out of Broadford.

Walking this trail is a genuine pleasure from start to finish as it’s basically broken into two halves, the first of which is the remnant of an abandoned railway line that was used to transport marble, and the second being the roughshod path that joins the railway to Boreraig.

This footpath is stony, narrow and quite steep in places, so it’s tough going unless you’re wearing decent boots (see my recommended waterproof hiking boots if you don’t have a pair yet).

The first section along the Marble Line isn’t too bad as it’s relatively flat, but once you near Boreraig it becomes a wee bit of a quagmire, especially in winter.

Along the way, the 5-mile path crosses heather-covered moorland as it winds its way between a series of low-lying hills that are a haven for wildlife.

There’s a good chance of spotting eagles and buzzards soaring overhead so you might consider keeping a pair of binoculars to hand (see my reviews of recommended binoculars) or at least snapping a telephoto zoom onto your camera.

After around 2 hours (if starting from Broadford) you’ll reach the shore of Loch Eishort and the gently sloping grass plain where Boreraig is situated.

Not much remains of the settlement now, other than a few ramshackle walls and the ruins of half-fallen stone houses.

That’s due to the ravages of the Highland Clearances – one of the most brutal times in Scotland’s history when hundreds of thousands of people were forcibly driven out of their ancestral homes.

The entire story is best summed up by reading Wikipedia, but it basically stems from the aftermath of the Jacobite uprising of 1745 when Highland clans joined forces under the banner of Charles Edward Stuart in an attempt to reclaim the throne in the Stuart name.

The Jacobites were defeated, and in retribution the Highlanders were subjugated in a number of ways – including pushing out crofters to make way for sheep farming which was more profitable for the landowners.

The purge was fast and unrelenting, and within a hundred years the ancient culture of the Highlands was lost forever, with entire families forced to leave their homes to either emigrate or relocate to the cities.

What remains of their legacy is a collection of ruined dwellings stretching across the Highlands and islands of Scotland, and Boreraig is just one such example.

Sitting amongst the ruins of the village is a strange experience. It’s a haunting place, yet it’s also utterly beautiful and I have to admit while I was there I became slightly envious of the people who woke up to such stunning views every morning.

Immediately ahead there are small islands sitting in the middle of the loch, framed by the Sleat Peninsula which lies on the opposite side of the body of water.

The ruins of Dunscaith Castle can just about be seen to the south-west, and the Allt na Peighinn waterfall is visible to the east. The shoreline around Boreraig is flat and the water is shallow, so it would be a perfect place to explore in a kayak.

Those on foot, meanwhile, can follow a track that winds its way west towards Suisnish which is the location of another clearance village, though there are no remains of it still standing today.

To sum up, visiting Boreraig allows visitors to enjoy gorgeous views on a very enjoyable walk in a region of Skye that’s blissfully free of crowds, and it’s a great way to experience how island people would have lived 200 years ago.

If you’d like to see the village and walking route in more detail I’ve included a virtual tour and a photo slideshow further down this page, along with a more in-depth description of how to get to Boreraig.

There are two access points to this walk from the direction of Broadford, both of which start on the B8083.

The first entry point is a gated fence half a mile from Broadford, and the second is a turning off the same road close to the Church of Kilchrist which is located 2 miles south of Broadford.

Both entrances lead onto the Marble Line which is almost entirely gravel, moderately level, and has an occasional signpost to keep hikers on the right track.

The start of the Marble Line to the abandoned quarry midway along the trail is approximately 2.5 miles, with Boreraig situated another 2.5 miles past the quarry.

From the church, walk back along the road in the direction of Broadford and take the first right onto a rough track. Head past the brickwork ruins (the old Marble Line station) and continue along the grass path which has a long incline up to the abandoned quarry.

This is an interesting place to look around and kids will enjoy climbing up the mounds of rock chippings, but you’ll need to press on through the metal gate that’s signposted for Boreraig.

This well-trodden path is easy to walk so continue onwards, perhaps stopping to look at the old turn table where the Marble Line train used to spin around.

Past this point the path becomes slightly muddier and is surrounded by moorland, and there’s a stile crossing a fence a short distance away which marks the end for anyone that has arrived at this point on a mountain bike.

While you could lift a bike over the fence the path becomes unsuitable for 2 wheels further on so it’s best to walk the rest of the route.

A short distance after the fence you’ll see Loch Lonachan to the left, after which the path enters a valley with a fairly steep drop on the left-hand side. The terrain rises and falls quite sharply but the summit marks the first glimpse of Loch Eishort.

Continue down the sloping path to the water and you’ll come across another fence and stile, after which you’ll see a stone wall that marks the boundary of Boreraig.

After viewing the ruins of the village you can return on the exact same route to Broadford, for a total distance of 10 miles which should take around 3 hours to walk.

For an overview of Skye, read: The Complete Guide to The Isle of Skye. 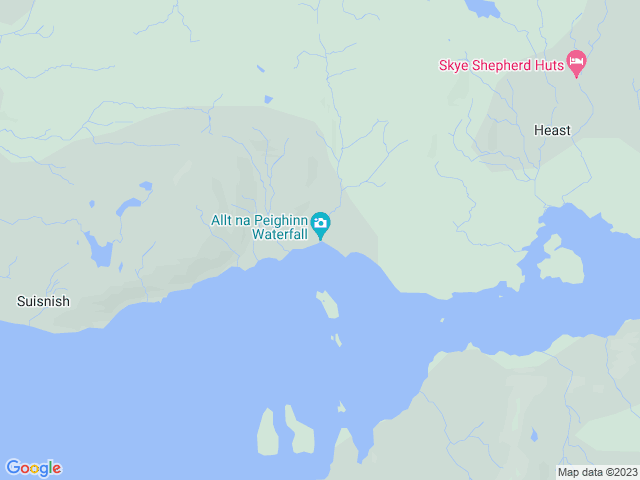 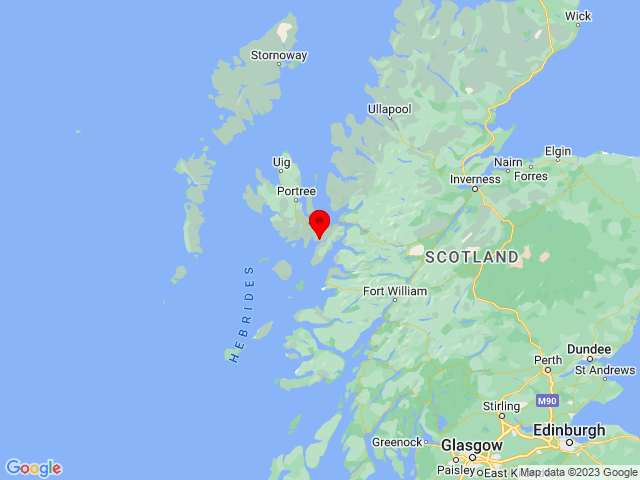 Things to do near Broadford

Boreraig is located on the shore of Loch Eishort on the Isle of Skye, approximately 4.5 miles south of Broadford.
Address: Isle of Skye, IV44 8RN.

There are no roads leading to Boreraig and access is only possible via Loch Eishort or a footpath that runs from Broadford.

Where did the Highland Clearances take place?

The Highland Clearances took place primarily in the Scottish Highlands and islands as they were the stronghold of militaristic Scottish clans who posed a threat to the British government.

In the Western Isles, crofting communities were the dominant social system. Many of these crofters had no formal leases for the land they worked and therefore had no choice but to migrate when evicted by their landlords.

What were the Highland Clearances?

The Highland Clearances took place in the 18th century in the aftermath of the failed Jacobite uprising. The clearances were an act of retribution by the British government to eradicate further uprisings by bringing an end to the Scottish clan system.

In addition to banning the wearing of clan colours and taking power away from clan chiefs, many Highland and island people were forcibly evicted from their homes.

Are there any Highlanders left in Scotland?

‘Highlanders’ is a general term given to people that live in the Scottish Highlands, although the name is mostly associated with Scottish clans.

The total population of people currently living within the Highland council region is around 240,000, however, there are more people bearing clan names living overseas than there are in Scotland.

More places to visit in the Western Isles