The 85-acre Kelvingrove Park is located in the West End of Glasgow. The public park features Kelvingrove Museum, the River Kelvin, and the Stewart Fountain.

I’m going to start this guide with a confession. The first time I visited Kelvingrove Art Gallery and Museum I left without visiting the park. Not because I didn’t have time but because I didn’t even know it was there.

Yep, I was completely oblivious to the enormous 85-acre public park behind the museum so I didn’t give the grounds circling the building a second glance. Until that is, I had a look on Google maps when I got back home.

Doh! How did I miss that?

A quick bit of online research revealed the park was created in 1852 as a west-end green space for the city’s middle class and was full of monuments from that time, as well as modern sports facilities installed by Glasgow City Council. I knew I had to return at the next opportunity to see it for myself.

What I found while I was wandering around this classic example of a Victorian park is that it’s a beautiful green oasis right in the heart of the city that has lots to offer locals and tourists alike – which is probably why it was so busy mid-afternoon on a sunny Wednesday.

You may also like...  The Complete Guide to Visiting North Berwick Law in East Lothian

Crowds of office workers and students were enjoying the space (understandable given that it’s so close to the university – which you can read about in my Guide to the University of Glasgow), but there were lots of mums and toddlers making use of the facilities as well.

Glasgow City Council have done a great job of making this park accessible for anyone and you’ll find a spiders-web of wide pavements running through the lawns and copses of trees, so it’s easy to go for a stroll in the park without feeling like you’re intruding on its wildlife.

The River Kelvin runs through Kelvingrove Park on its way to join the River Clyde and the banks of the river are a haven for wildlife with geese, kingfishers, herons, red foxes, brown rats and even otters calling the place their home.

Perhaps the best way to enjoy the riverside is to follow the meandering Kelvin Walkway that forms a green link from the bustling city centre to the peaceful Milngavie countryside along a 10-mile route, but you can always walk along the short section inside the park instead if you’re short of time.

The riverside path starts near the grand museum that borders the south-west edge of the park and heads northwards, but I recommend you divert mid-way to explore the monuments and sports facilities – of which there are many.

Kelvingrove Park has much more to offer than a convenient way to get from the west end to the city centre (around half an hour on foot) and it’s a great place to get some fresh air after visiting the university and nearby museums.

You may also like...  The Complete Guide to Visiting Ullapool Hill and The Braes in the Highlands

Read on to find out what else you can do there.

Things to do at Kelvingrove Park

Aside from the museum you’ll find lots of activities at Kelvingrove Park if you take the time to explore it fully.

Walking north along Kelvin Way you’ll see the Kelvingrove Lawn Bowls and Tennis Centre that has six tennis courts and bowling greens that were a venue for the 2014 Commonwealth Games, while the Kelvingrove skate park is situated nearby between the River Kelvin and the Stewart Memorial Fountain.

The fountain is the largest monument in the park and it’s a fine example of Victorian design having been built in 1872 to commemorate the achievement of supplying Glasgow with fresh water from Loch Katrine over 40 miles away.

Other monuments include the Lord Frederick Roberts Memorial that offers a lovely elevated view of the cityscape, and the £2 million 2014 renovated bandstand that has played host to thousands of events since being built in 1924.

If an event is scheduled to be held in Kelvingrove Park you can more or less guarantee it’ll be staged at the bandstand and throughout the year you’ll find a mixture of music, festivals and charity shows performing there.

But you’ll be able to find something to do in Kelvingrove Park even if nothing is organised at the bandstand. Got an energetic toddler? Then let them burn off some energy at one of the 3 children’s play areas (the one next to the skate park is especially good) before heading for a relaxing drink in one of the cafes in the grounds.

You may also like...  The Complete Guide to Visiting Muir of Dinnet in The Highlands

I recommend you check out An Clachan which is a family-friendly venue near the park’s eastern entrance at the junction of Clifton Street and La Belle Place. There’s a play park close to it and the cafe has outdoor seating so it’s perfect for letting the kids go wild while being able to keep an eye on them from behind a frothy cappuccino.

I have to say I was impressed with this park not only for its facilities but also its location as it’s so easy to visit some of the city’s best attractions within a short walk of each other, with the Kelvingrove and Hunterian museum’s being particular highlights.

Will I be visiting it again? Absolutely, and if you ever find yourself in the area I recommend you do too. 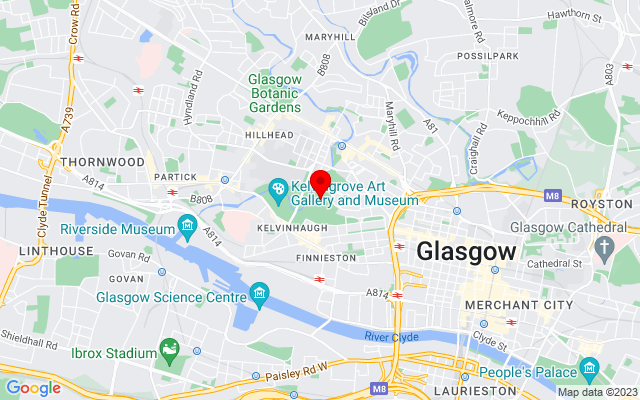 You may also like...  The Complete Guide to Visiting George Square in Glasgow The Complete Guide to Visiting Ben Hope in the North Highlands The Complete Guide to Visiting Free Attractions in The Scottish Borders