The University of Glasgow Hunterian Museum

The Hunterian Museum, located in the University of Glasgow, features a collection of exhibits from the fields of zoology, geology, archaeology, and more.

About the Hunterian Museum

When you hear the words ‘Museum’ and ‘Glasgow’ I bet the first place that pops into your head is the fantastic Kelvingrove Art Gallery and Museum in Kelvingrove Park (click the links to read my guides to both attractions).

To be honest that was the first place I thought of during my last trip to Glasgow, which I guess isn’t that surprising seeing as Kelvingrove Museum is one of the most-visited free attractions in Scotland.

So after popping into a tourist information shop I was surprised to discover there’s another Glasgow museum that’s just as interesting as Kelvingrove (though much smaller) and it’s located in a place I hadn’t even considered as a tourist attraction.

The place in question is The University of Glasgow and secreted away amongst the Gothic architecture of the university’s stunning Gilbert Scott Building lies the Hunterian Museum, and I reckon it’s got to be one of the city’s best hidden gems.

You’ll find the museum in the university’s main campus which is easy to get to if you take the number 4 bus from the city centre or walk the 10-minute route from the Hillhead SPT subway station.

As with all attractions in Glasgow you’ll be directed straight to it thanks to the numerous signs pointing to the university, and once at the Gilbert Scott Building you’ll find each on-site attraction clearly marked.

You may also like...  The Complete Guide to Visiting John Knox House in Edinburgh

To get to the musuem go through either of the main entrances that open up into the courtyards and head towards the dramatic domed arches under the Business School (you can’t miss them).

There’s a door at one end with stairs leading up to the museum but if you need wheelchair access you should head to the university gift shop where you’ll find a lift to the museum entrance hall.

I was impressed at how the university has made the site easily accessible for visitors and they seem to actively encourage you to have a good nose around – which is exactly what I spent the entire afternoon doing.

The Hunterian Museum is a place that I found to be full of surprises – the first being that it’s actually the oldest museum in Scotland.

The museum opened in 1807 after anatomist William Hunter died and donated his substantial collections to the University of Glasgow, and while most of the original exhibits are still on display you’ll find loads of others artefacts have been added to the collections over the years.

There are so many rare and important objects inside it really does seem like a miniature Kelvingrove, and walking around the main hall and upper balcony will take you on a journey through Roman history, dinosaurs, evolution, minerals, medicine and much more. Trust me when I say you’re not going to get bored there.

Each display cabinet and case contains just the right amount of objects to be interesting but not overwhelming (which I suppose is to be expected after having more than 200 years to perfect them) and there are enlightening information panels attached to each display.

The main hall in particular is an incredible place, not just for the artefacts but because the building is almost church-like inside, and I was instantly drawn to the ceiling as I walked through the doors leading away from the entrance hall.

You may also like...  The Complete Guide to Visiting Gretna Green Blacksmiths Shop in South West Scotland

Look up and you’ll see it’s all carved wooden balconies, decorated stone columns and lead-lined windows. It certainly does justice to the display cases anyway.

Speaking of which, I found my second surprise of the Hunterian Museum when I had a chat with one of the attendants.

What you can see is actually only around 2% of the complete collection! I can only imagine the rest of the artefacts must be housed in an enormous hangar somewhere like the one in the last scene of the first Indiana Jones movie. Maybe there’s even a lost ark hidden in one of the crates….

Things to do at the Hunterian Museum

You already know the score with things to do at this attraction. It’s a museum. You walk around it looking at stuff.

But there’s more to do here than first meets the eye because even before you visit the Hunterian Museum you’ll have had plenty of opportunities to explore some of Glasgow’s best attractions.

Kelvingrove Park and Kelvingrove Art Gallery and Museum are only around 5-minutes walk away so it’s easy to combine a visit to the Hunterian with Scotland’s number one free tourist site, but to be honest Kelvingrove is so big I recommend spending a separate day there or you’ll end up feeling a bit rushed to fit everything into one day.

What I suggest you do instead is take a wander around the university’s other museums and gallery’s as they’re all easily accessible within a short distance of each other.

You’ll find the Hunterian Art Gallery across the other side of University Avenue with the university library sitting behind it and the massive domed McMillan Round Reading Room sitting to one side.

Joined onto the art gallery is the Mackintosh House – former home of famed Glaswegian architect Charles Rennie Mackintosh – while the Hunterian Zoology Museum lies a short distance away on the opposite side of the avenue.

You may also like...  The Complete Guide to Visiting Dunnottar Castle in Grampian

Heading back into the Gilbert Scott Building you’ll find the university chapel along with a really good university gift shop that sells lots of gifts in the university’s colours (hoodies, notebooks, pens and the like), and there are several places to eat that are open to visitors throughout the campus.

And of course, there’s the museum, located above the gift shop and split into three main sections.

The first of these – the entrance hall – contains sections of stonework from the Antonine Wall that was the final frontier of Roman rule in Great Britain over two thousand years ago.

The carvings on these blocks of stone are pretty impressive as they’re remarkably well preserved and there are information panels dotted around the hall along with display cases containing Roman artefacts. It’s interesting stuff.

Next door contains the largest section of the museum in the main hall and upper balcony where the bulk of the exhibits are displayed in an eclectic collection of glass cases.

Walking into the hall is a bit of a brain-boggler and if you’re like me you’ll struggle to work out what to look at first, so I’d advise starting at one of the outside walls and walking around the hall before finishing in the centre aisle.

Along the way you’ll see dinosaur bones, gems and minerals, zoology exhibits, examples of world culture (human tools and artworks) and examples of archaeology from across the globe, while the upper balcony contains a science showcase and displays of Glasgow’s links to modern medicine.

One word of warning here. The medical section has a few displays that show human anatomy either in pickled jars or in fairly realistic models, so if you’re a bit squeamish or you’ve got young children you might want to give that part of the museum a miss, but otherwise it’s a fascinating display.

You may also like...  The Complete Guide to Visiting Kilchurn Castle in Argyll & Bute

I personally really enjoyed my time at the Hunterian Museum and if you combine it with the university’s other museums and galleries you’ll find it’s a great place to while away an afternoon in the city.

Coupled with the fact there’s no entrance fee for any of these attractions (except for the Mackintosh House) I reckon a trip to the University of Glasgow is one you’ll really enjoy. 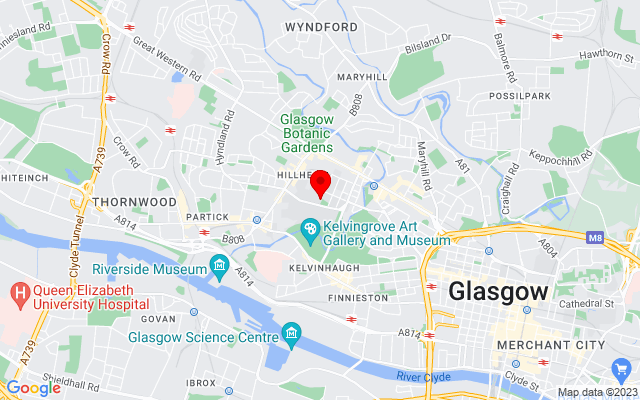 Admission to the Hunterian Museum is free.

Getting there: Bus stop nearby (number 4 or 4A), Train station nearby (Hillhead SPT subway station)

The Complete Guide to Visiting The Glasgow Science Centre The Complete Guide to Visiting Castle Sinclair Girnigoe in Caithness

The Complete Guide to Visiting St. Conan’s Kirk in the Highlands