The mountain is located on the shores of Loch na Keal and Loch Beg, where it offers spectacular views from two very different approaches on the north and south sides.

No visitor to the Isle of Mull can fail to be slightly awestruck by the enormous mass of Ben More. As the highest mountain on the island (rising to an impressive 3,169 feet/966 meters), this mountain (actually a Munro) dominates the landscape for miles around and offers amazing views from the summit.

Not only is Ben More the highest peak on the island but it’s one of the highest in the entire Inner Hebrides with only the peaks on the Isle of Skye beating it for height.

But although the mountain can’t take credit for being the tallest I personally think it wins the award for having the best hiking experiences, with the view from the top encompassing the Sound of Mull, the islands of Staffa and Ulva, the Isle of Skye, and the Highlands over on the mainland.

Both routes will take you approximately 4 hours to get to the summit and it would be a good idea to have prior mountain walking experience before you attempt the climb. One word of warning – the mountain is formed from magnetic volcanic rock so compasses might not work in certain areas.

As the only Munro on Mull, Ben More offers a perfect opportunity to get your boots on if you’re into Munro bagging.

The trails leading into the mountain are few and far between but once you get towards the summit you’ll be rewarded with the best viewpoint on the entire island.

One of the attractions of this mountain is that it has such a diverse landscape. On your way up you’ll find a mixture of thick grassland, waterfalls, muddy bogs, scree-strewn cliff faces, woodland (at the bottom), rocky tracks and car-sized boulders, and there’s a fair amount of wildlife to keep an eye open for as you make your way past each section.

Remember to bring your binoculars with you because there are several herds of wild red deer roaming about the lower sections of Ben More while at the summit you might be lucky enough to catch a glimpse of white-tailed eagles on the hunt for their next meal.

Although the route to the summit is relatively easy heading from the north on the Loch Na Keal side, you can follow the much more challenging route from Loch Beg on the south side if you really want to go wild.

If you’d like suggestions for other hikes on Mull I recommend Carsaig Arches and Quinish Point.

And when I say wild I really do mean it – I didn’t see another person during the entire day I visited Ben More so this difficult ascent might be worth making the effort if you fancy getting away from it all for a few hours.

Beware that it gets very boggy in places so unless you’ve got a good pair of walking boots you’re going to find this walk nigh-on impossible, and forget it if it’s summer and you’re wearing flip-flops.

My advice would be to pack for every possible scenario because the weather can dramatically change in an instant once you get near the top so make sure you’ve got a decent map with you as well.

On a clear day you’ll get fantastic views across to the smaller islands of Ulva and Iona and the mighty Ben Cruachan mountain can also be seen on the mainland. 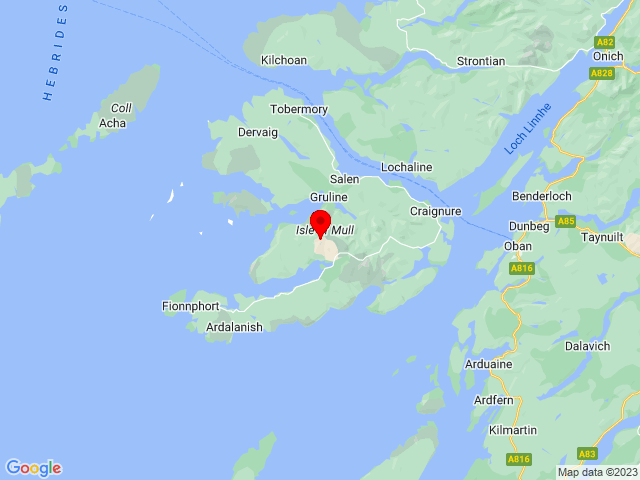 Things to do near Ben More

How do I get to Ben More?

How difficult is Ben More on Mull?

Ben More on the Isle of Mull is either moderate or hard depending on the side climbed. From Loch Beg heading north, the summit is a steep and difficult climb with lots of rough, boggy ground to cross.
The climb in the opposite direction from Loch Na Keal heading south is easier thanks to a narrow ridge that is longer, but shallower and firmer underfoot.

How long does it take to climb Ben More on Mull?

Expect to take 6 hours for the return climb to the summit of Ben More from Dhiseig.

What height is Ben More?