Underneath the streets of Gilmerton in Edinburgh lies Gilmerton Cove, a secret underground series of passageways and chambers that were carved into the sandstone by hand. To date, no one knows who built them. Or why.

Discover this fascinating historic tourist attraction with this guide which includes an overview and visiting advice.

Underneath the streets of Gilmerton – an ex-mining village not far from the city centre – lies one of the strangest unsolved mysteries in Edinburgh.

It’s here where you’ll find an underground series of passageways and chambers that were carved deep into the sandstone by hand, although for what purpose remains unknown to this day.

This attraction is one of Scotland’s most unusual heritage sites as it’s hidden beneath a nondescript house in an otherwise unremarkable street, but the subterranean caverns are definitely worth taking the time to discover.

Take a trip down into the murky depths below Gilmerton and you’ll find surprising features like a fireplace, a well, and even a blacksmith’s forge carved into the rock as well as stone tables and benches.

It’s a mystery that’s baffled experts for over 200 years and I have a feeling it won’t be solved for many more years to come.

What I really like about Gilmerton Cove is that it’s one of those tourist attractions that can be classed as an Edinburgh hidden gem so it makes a nice break from the ultra-touristy attractions you’ll find all over the city centre.

In fact, I bet you can ask any visiting tourist about the subterranean cavern and they’ll say they’ve never even heard of it.

Hopefully, this state of affairs will change now that Gilmerton Cove is included in the incredibly popular Edinburgh City Pass – which you can order through the link in the Tickets and Opening Times section below.

Once you venture deep underground you’ll be able to see for yourself what this archaeological mystery is all about. Was it a witches’ coven? Or some kind of secret meeting place? Did the Romans build it, or is it even older than that? Druids? Who knows?

Discover the story of Edinburgh in my article: Edinburgh – A Thousand Year History.

The caves as we see them today are the result of an extensive restoration thanks in part to both the City of Edinburgh Council and the Gilmerton Heritage Trust, who in addition to excavating the tunnels restored the traditional mining cottage above as a visitor centre.

What’s collectively known as Gilmerton Cove is actually a network of seven chambers and numerous passageways beneath the streets of the suburb, which although old (possibly even ancient) only opened as a tourist attraction in 2003.

Entry is through a typical worker’s cottage from Midlothian’s mining past and it’s there where you’ll gain your first insight into what makes the attraction so unique.

The cottage houses several audio-visual displays that depict the many theories behind the origins of Gilmerton Cove and also educates visitors about the history of Gilmerton.

You’ll even learn about the ghosts that haunt the passageways and the network of undiscovered tunnels that are believed to stretch far beyond some of the collapsed walls.

While you can’t explore the underground tunnels on your own you can at least join one of the daily tours that take you deep into the mysterious cove with a knowledgeable guide who really brings the story of this strange place to life.

It’s genuinely interesting and a little bit creepy too, so if you fancy seeing something that’s different to the usual tourist traps I highly recommend you visit Gilmerton and take a trip underground.

The history of Gilmerton Cove

Several theories exist as to why the caves were dug, ranging from being used as a secret hiding place for outlawed Covenanters (a religious group who were persecuted in the 17th century) to a secret network of storage chambers for illegal whisky.

One thing we know for certain is that the caves were inhabited by George Paterson, a blacksmith in the 18th century who was recorded as being charged on several occasions for allowing alcohol to be drunk there on the Sabbath.

But whether he dug the caves out on his own or simply moved into them after they had been previously abandoned is unknown.

Many of the underground chambers contain stone benches and tables and there’s even a Christian chapel, yet local stories are rife with tales of druids and witchcraft practices that took place there.

Interestingly, a recent survey using ground-penetrating radar has shown that the caves are much larger than previously thought, maybe up to twice the size than was originally estimated.

So what reasons could there be for a network of caves in Gilmerton? Perhaps they were simply the location of storage vaults for the wealthy, or maybe they were a secret gentlemen’s drinking den.

Although their purpose still remains a mystery to this day it’s good fun trying to make your own mind up about the reasons for digging these secret passageways. 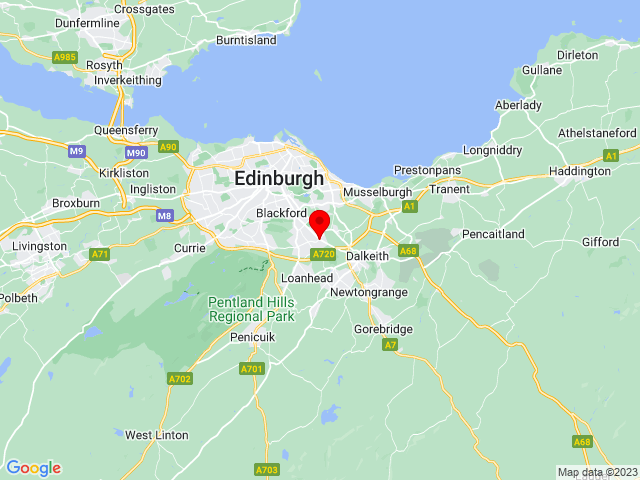 Things to do near Gilmerton Cove

How do I get to Gilmerton Cove?

Is Gilmerton in Midlothian or Edinburgh?

Gilmerton is a suburb of Edinburgh.

How much is Gilmerton Cove?

Tickets for Gilmerton Cove vary by age and group number. Visit the official website for the current prices.

What visitor facilities are there at Gilmerton Cove?

Visit the official website for updated information on available facilities.