John Knox House dates back to 1470 and can be found on Edinburgh’s Royal Mile. Although it is named after the Presbyterian preacher John Knox it was actually the home of James Mossman – a goldsmith who was loyal to Mary Queen of Scots.

The building is now a public museum that explains the story of the Scottish enlightenment and the battles between Knox, Mossman, and Queen Mary through a series of expertly-crafted displays.

About John Knox House on the Royal Mile in Edinburgh

Before moving to Scotland I have to admit I couldn’t really care less about history, and it’s fair to say it was my most hated subject at school. I guess it’s kind of weird then that I’ve developed a bit of a fascination with Scotland’s past now that I’m older, especially in my new home city of Edinburgh.

One of the periods in Auld Reekie’s history that’s particularly interesting is the 16th-century Reformation, the tumultuous events that split the Church into two religious factions – Catholic and Protestant – and which ushered in a new age of enlightenment in Europe.

There were many influential people that took part in this religious upheaval but one of the leading figures was John Knox, a firebrand preacher who is perhaps best known for his battles against Mary Queen of Scots.

If you went to school in Scotland you might remember learning about Knox and the Scots queen but if you’ve forgotten most of it (like I have) you’ll find a superb tourist attraction that explains this important time in Scotland’s history at the John Knox House in the middle of Edinburgh’s Royal Mile.

This is an impossibly atmospheric building that was reputedly lived in by the infamous Protestant reformer but it’s now a museum devoted to the man and the events that surrounded him.

Although John Knox only lived there for a short time his legendary status meant the medieval building ended up being known as ‘Knox’s House’. In fact, it’s his association with it that prevented it being demolished in 1840 when many others were being pulled down as part of the city’s attempt to drag itself into the modern era.

It’s amazing to think that this house was built in the 1470s considering it’s in such good condition, and its age makes both it and the adjoining Moubray House the only surviving medieval buildings on the Royal Mile.

Today it’s highly regarded for its museum exhibits that include time capsules from the 1840s describing how the house was saved from destruction, and it’s now a firm favourite with visiting tourists due to the elaborate displays that explain the events of Scotland 500 years ago.

The theme of storytelling continues round the back of John Knox House as that’s where you’ll find the Scottish Storytelling Centre – an arts venue that features a seasonal programme of live theatre, music, exhibitions and workshops (there’s also a really good cafe that makes a nice tourist-free diversion from the hubbub of the Royal Mile).

Whether or not Knox actually spent much time in the house is a matter of debate but it’s known that during the time he was alive the house was owned by a wealthy Catholic, so it’s unlikely the Protestant Knox would have chosen to set up home there.

But even so, the building would have been well known to Knox while he was alive mainly because it sits so close to St. Giles Cathedral where he spent his later years preaching sermons.

You might be interested to know that while John Knox’s House is a great place to learn about Edinburgh and the Reformation, his real-life home lies further up the Royal Mile in Warriston Close which is today owned by the New Free Church. A plaque on the wall of the building says that it was once the residence of Knox and it’s worth exploring the close to get a feel for how Edinburgh’s residents lived back then.

Close your eyes and imagine you can hear shouting and screaming with the foul stench of raw sewage floating around your feet and I reckon you’ll be halfway there. Either that or visit Edinburgh’s city centre streets at pub kicking-out time for exactly the same effect.

Things to do at John Knox House

Although the main event is actually exploring the house you’ll only really get a feel for Edinburgh at the time Knox was alive by exploring the Royal Mile (so-called because it’s a mile from Holyrood Palace at the bottom to Edinburgh Castle at the top).

Most of the buildings in this part of the city are hundreds of years old and there’s no better way to experience the Old Town than to get lost in its maze of wynds and closes.

RELATED POST:
The Complete Guide to Visiting Eilean Donan Castle in the Highlands

After you’ve soaked up all that history you should return to John Knox’s House, but not before stopping at the old stone water fountain that sits abandoned on the pavement a few yards up the street.

This fountain was in use for many years as one of the few clean drinking water fountains in the city, a fact that can be seen in the worn-away step where the people of Edinburgh used to rest their feet as they filled their buckets.

Take a closer look at the step and you’ll notice one side of it is worn away much more than the other. The reason for that is that Edinburgh’s women were under constant scrutiny by church authorities and it was well known that witches always preferred using their left hand over their right.

In response, any woman using the fountain made sure they operated it with their right hand so they put their left foot on the fountain step for balance. Hence it’s much more worn away on that side.

Back at the house you can see that it has many features that were popular amongst the wealthy residents of Edinburgh in the 15th and 16th centuries, with a beautiful wooden gallery and ornate hand-painted ceilings (now faded but with colourful recreations dotted about the museum).

Thankfully you can walk around the house at your own pace without having to join a tour and you’ll see lots of information panels, original furniture, first-copy books and detailed paintings as you explore the whitewashed and wood-panelled rooms that are joined together by a narrow winding staircase.

You’ll find something interesting to look at in each room and there are more paintings and period-piece household decorations than you might expect for a 550-year old building, but they’re unlikely to have been commissioned by a religious man like Knox.

Instead, it’s more likely they were installed by the 16th-century goldsmith James Mossman who was a loyal supporter of Mary Queen of Scots and who owned the building from 1556. You’ll find as much information about Mossman during your tour as you will about John Knox – possibly because he lived an equally (if not even more) interesting life.

Although he was a successful and very wealthy man he got caught up in the religious turmoil of the reformation and eventually lost his job as master of the Royal Mint before losing all his possessions and being charged with treason in 1571 (that’s a very brief overview).

RELATED POST:
The Complete Guide to Visiting Fort George in the Highlands

Things didn’t really improve for him after that and in 1573 he was hanged at the Mercat Cross near St. Giles Cathedral and then drawn and quartered as punishment for creating counterfeit coins during the ‘Lang Siege’ at Edinburgh Castle in 1573.

After Mossman’s death the house was handed over to James VI of Scotland and was subsequently inhabited by a succession of wealthy residents until it gradually became derelict.

Thankfully though, Knox’s association with it lead to the Church of Scotland taking ownership and a program of restoration began in the mid-19th-century till it finally began a new life as a museum in 1853.

There’s a lot to like about this attraction, not just because it’s so atmospheric but because you’ll discover so much history inside.

I have got a small negative to point out though, which is that as it’s such a small museum you’ll struggle to make your visit last much more than an hour, but on the other hand it’s cheap to enter for a city centre attraction so even though your visit will be short it’s still good value for money.

Although young children might struggle to stay interested adults will appreciate the museum for what it is, and along with a visit to the Royal Mile’s People’s Museum, Museum of Childhood, and Police Museum you’re not going to come away from Edinburgh’s Old Town without having learnt something new about the events and people that made Scotland the amazing country that it is today. 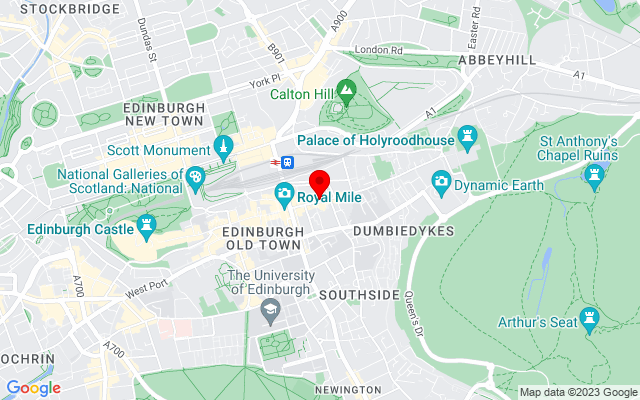 Get your tickets to the John Knox House here.

Getting around: Stairs, Flat paths