The Real Mary King’s Close is a tourist attraction located in the middle of Edinburgh’s historic Royal Mile. The attraction allows visitors to step beneath the streets of Edinburgh into an underground labyrinth where stories of the city’s past residents unfold through a series of exhibits and displays.

The close takes its name from Mary King who was a 17th-century burgess that lived in the area, and visitors can learn about her and the myths and legends that surround Edinburgh’s most famous underground street when they explore the maze of haunted rooms on a guided tour.

About The Real Mary King’s Close

In the centre of Edinburgh’s Royal Mile, through a small nondescript passageway, lies Mary Kings Close. Were it not for the advertising signs posted on the walls nearby you’d probably walk straight past it, but if you did you’d be missing out on one of the most interesting historic attractions in the city.

What makes this one of the more unusual places to visit in Edinburgh is that it’s located underground and is almost entirely unchanged from the time when Auld Reekie was gripped by the black plague.

The close takes its name from Mary King, a merchant who lived in Edinburgh in the 17th-century, and the attraction allows visitors to explore the maze of underground rooms that run beneath the modern city streets.

Each room offers a fascinating glimpse into the past and thanks to the guided tour that retells the stories of past tenants you’ll soon discover there’s more to this subterranean labyrinth than first meets the eye.

The experience begins in the courtyard where you’ll wait in a seating area to be shown around by a tour guide. Dressed in the clothes of the time they’ll give you an overview of the tour and what you can expect to see during your visit, after which you’ll descend into the gloom of the close.

In my opinion, the guides are worth the entrance fee alone as their depth of knowledge about the city’s plague-ridden closes and wynds is amazing and you’ll soon find yourself clamouring to listen to their stories as you make your way underground.

At around an hour it’s not a long tour by any means but it’s possibly the best way to experience the old city away from the hubbub of the modern Royal Mile.

The only other experience I’ve found that’s similar to Mary King’s Close is the ghost tour run by Mercat Tours that takes you into the Edinburgh Vaults, but both tours are equally enjoyable and to be honest I couldn’t rate one above the other.

As you follow the guide on the journey around the underground rooms you’ll encounter a few displays and exhibitions that will give you an insight into Edinburgh’s past, with the highlights including a series of videos where ghostly residents tell you their stories and a creepy display about the plague doctors that treated the close’s inhabitants.

The plague, as I’m sure you already know, devastated most of the United Kingdom in the 17th-century and due to the lack of hygiene in Edinburgh the poorest residents of the city fared worse than others.

Rats were rife in those filthy streets and with them came the fleas that carried the bubonic plague. Scotland lost a quarter of its entire population during the time of the plague and the confines of Mary King’s Close ensured the disease spread without mercy – which is all the more horrifying when you try to imagine what it would have been like when 600 people were crammed into those tiny rooms.

The expert storytelling offered by the Mary King’s Close guided tour draws thousands of visitors each year but thankfully the number of people in each group is kept low so you won’t feel like you’re being herded around in a big crowd.

The tours run seven days a week so you’ve always got the option of returning the following day if you find all the slots are fully booked, but there are a couple of points worth noting before you whip your bank card out. First off, it’s pretty creepy down there even if you’re in a tour group so if you’ve got small children they might not feel particularly comfortable.

I was lucky enough to have a visit on my own when I took the photos for the virtual tour (scroll further down this page to view it) and let me tell you I was more than a little spooked, especially when I got to Annie’s room which is supposedly haunted by a 10-year-old girl that died of the plague.

I know the photos on this page make it look like it’s well lit in there but in reality it’s almost pitch black, cold, and has an atmosphere that makes your hair stand on end. Many people report feeling her presence as soon as they step foot in that room but all I know is I was glad to leave after I’d taken my photos.

The other point to note about the tour is that as it’s underground you’ll have to make your way down several flights of steps, some of which are quite narrow. That shouldn’t be a problem for most people but if you’ve got any concerns about your own mobility you might want to give the attraction a call for more information to avoid a wasted journey.

Once you’ve wandered through the rooms you’ll be directed back up to ground level where you’ll exit the attraction through a gift shop that’s actually pretty well stocked. There’s not too much of the usual tourist tat you’ll find at other attractions and you can pick up a photograph of your underground visit as a memento.

There’s also a coffee shop in the courtyard that sells locally-sourced goodies but be aware it might be closed depending on when you visit, but seeing as the attraction is slap-bang in the middle of The Royal Mile you won’t have any problems finding a plethora of cafés, pubs and restaurants in the immediate vicinity.

And speaking of which, if you’re wondering what else to do after you’ve been to Mary King’s Close I thoroughly recommend crossing the road and taking a wander around St. Giles Cathedral. Failing that there’s John Knox House a bit further down the road, the Musuem on The Mound just around the corner and of course there’s always Edinburgh Castle at the top of The Royal Mile.

If you’d like some more ideas for places to visit in Edinburgh I’ve put together a guide to the Top 25 Places to Visit in Edinburgh that highlights the best attractions the city has to offer.

The History of Mary King’s Close

Born in Edinburgh in the late 1600s, Mary King began her life as a merchant by sewing clothes for sale at her shop on The Royal Mile. In 1616 she married fellow merchant and businessman Thomas Nimmo who was a representative of the borough of Edinburgh, otherwise known as a burgess.

Following her husband’s death in 1629 Mary and her four children moved into an area of tenement buildings that had the name Alexander King Close, and as Mary’s merchant business expanded she eventually rose to prominence as a burgess herself.

After her death Alexander King Close was renamed Mary King Close in her honour but as the years passed the dilapidated close was sealed up and used as the foundations for new buildings.

The close gained a reputation for hauntings over the following years and it became infamous when several paranormal investigations were filmed there. Although no evidence was found to support the ghostly tales that spread in the years after the plague there are several theories as to what is responsible for the ghoulish visions that have been reported.

The most likely cause for these apparitions is the fact that the close ran very near to the Nor Loch, the stagnant and polluted body of water that would later be drained to create Princes Street gardens. Due to the marshland around the area it’s thought that escaping biogas caused eerie lights to be seen and the gas itself could have caused hallucinations for anyone caught in its fumes.

But the fact remains that even today Mary King’s Close has a spooky atmosphere and the idea that disembodied souls roam the subterranean rooms is a much more entertaining theory than marsh gas. And who knows, perhaps you’ll have a ghostly encounter of your own when you visit the attraction… 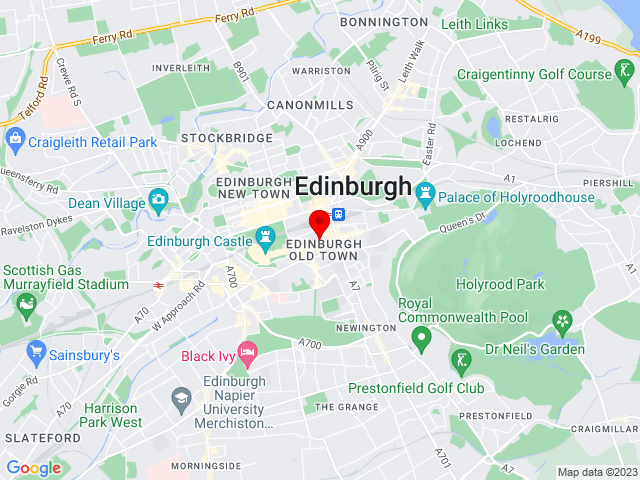 Things to do near Real Mary King’s Close

Why was Mary King’s Close built over?

By the time the close was renamed Mary King’s Close it was in a very poor condition and the residents that lived there were suffering from the bubonic plague.

As the city was unable to extend in size due to the encircling city walls, dilapidated areas such as Mary King’s Close were sealed off and used as the foundations for new high-rise tenement buildings.

When was Mary King’s Close rediscovered?

Mary King’s Close was forgotten about after it was sealed off and was only rediscovered in 2003 when workmen accidentally punched a hole through the streets above into the tunnels beneath.

Why is it called Mary King’s Close?

Mary King’s Close was originally named Alexander King Close and was built as an offshoot of The Royal Mile. Mary King was a successful and wealthy burgess who owned a shop there, so when she died the close was renamed Mary King’s Close in her honour.

How long is a tour of Mary Kings Close?