The popular attraction is famed for its diverse plant collections that include alpines, Scottish wildflowers, tropical flowers and trees from across the globe.

About the Royal Botanic Garden Edinburgh

One of the best botanic gardens in the UK is located in Edinburgh, and a short bus ride from the city centre will allow you to explore over 13,000 different plant species in the most beautifully landscaped and manicured grounds you’re ever likely to see.

Founded in 1670, the Royal Botanic Garden Edinburgh (RBGE) is the second oldest botanic garden in Britain, with only the Oxford Botanic Garden beating it for age.

However, the garden in Edinburgh boasts the most diverse collections of plants anywhere in the country and across its 70 acres of land you’ll find yourself transported all over the world, from the low-lying mosses that live on Peruvian mountains to the dense green vegetation of the Brazilian jungles.

As a place to relax away from the busy city centre the gardens are only equalled by the Water of Leith for peace and quiet and you’ll always find Edinburgh locals wandering through the grounds enjoying the serenity of the varied plant life.

For tourists, the facilities available easily match those found at any other Edinburgh attraction with cafés, a restaurant, snack stations, a gift shop, and an information centre catering to the needs of visitors of all ages.

Due to their immense size the gardens can be entered via several different gatehouses so you’d be wise to pick up a map at the visitor centre to get your bearings at the start of your visit.

Unfortunately, many tourists fail to allocate enough time to fully appreciate the gardens but this is a mistake in my opinion as the Botanics easily equal Edinburgh Castle and the Royal Mile as one of the city’s premier tourist attractions.

The gardens themselves are divided into regions of the world which all flow seamlessly into one another, so walking from alpine rockeries into a Chinese hillside garden seems completely natural.

Speaking of which, those are two of the specialist gardens that have gained a small amount of fame in the world’s plant-growing community thanks to the huge variety of specimens growing in them (and the hillside garden is also a favourite area in the RBGE because it has a mesmerizing waterfall cascading through it).

If you want to see the majority of Scotland’s wild plant life in a short amount of time then a walk around the Scottish heather garden is a must, and children will delight in exploring the abandoned croft and moss-covered trees that enclose the area. You’ll even find a small loch nearby for that authentic Highland experience!

Although the gardens are free to enter it’s well worth paying the entrance fee to get into the premier attraction of the RBGE, which is the incredible jungle that lives inside the enormous glasshouses.

These glasshouses contain some of the oldest plants in the entire collection as well as some of the largest, which makes for a fascinating walk as you appreciate the 3,000 exotic plants that have been sourced from all over the world.

Other highlights include a woodland garden, a tree collection, a Rhododendron collection, alpine houses and a botanic cottage (which is used for education and community sessions), while the visitor centre houses exhibitions that change on a regular basis.

In recent years the RBGE has developed into a world leader for the conservation of plants and currently holds 4% of all known species from across the globe, either in the main garden at Inverleith or the three smaller conservation centres at Dawyck, Logan and Benmore.

In addition, the Royal Botanic Garden Edinburgh holds Scotland’s national reference collection for horticultural resources and over 70,000 books are held for the use of international researchers.

It’s difficult to rate Edinburgh’s Botanic Garden highly enough, but If you’re looking for a break from busy city life then all I can say is it’s a must-visit attraction.

If you want more Edinburgh sightseeing ideas check out my Edinburgh articles.

The history of the Royal Botanic Garden Edinburgh

As previously mentioned, Edinburgh’s Botanic Gardens has its roots (no pun intended!) dating all the way back to 1670 when Sir Patrick Murray donated his private plant collection to the city for preservation after his death. These plants along with other donations subsequently formed the basis of a leisure garden in Holyrood Abbey.

Before long this site proved to be too small for the ever-expanding collection so it was eventually moved to an area of ground to the east of the Nor Loch, in what is now known as Princes Street Gardens.

A third location was developed at Leith Walk in the 1700s in an attempt to move the plant collection away from the pollution of the city centre, and there it remained until it was finally relocated to Inverleith Row. 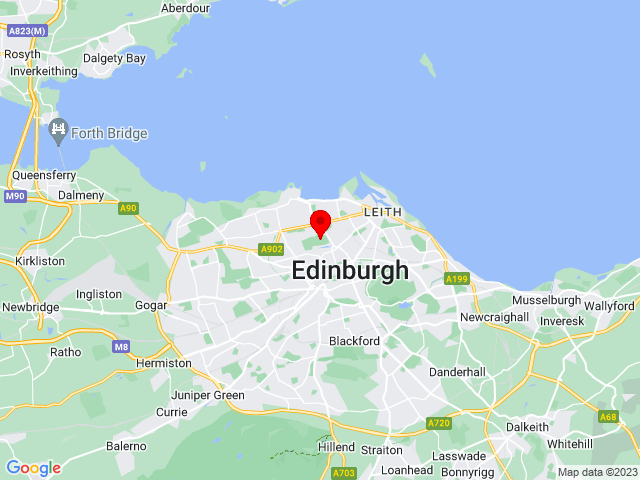 Things to do near the Royal Botanic Garden Edinburgh

Where are the Royal Botanic Gardens in Edinburgh?

What are the Royal Botanic Garden Edinburgh opening times?

Where is the east gate at the Edinburgh Botanics?

The east gate entrance is located on Inverleith Row/B901, 350 feet from the junction of Inverleith Terrace. Postcode EH3 5LP.