About the McManus museum

The McManus museum and art gallery in Dundee is one of the city’s foremost tourist attractions, and it’s most notable for the beautiful building that houses the fascinating collections exploring the fields of fine art, natural history, modern industry, the local landscape and more.

While the V&A Design Museum (which you can read about in my Guide to the V&A) manages to wow crowds with its ultra-modern architecture, the McManus manages to go the other way entirely with a magnificent Victorian Gothic Revival building that oozes history from every 150-year-old nook and cranny.

Stand at the front of the building, look up, and prepare to be transported into a Harry Potter book, with gorgeous stone archways, dramatic conical towers, elaborate carvings and cathedral-like lead-lined windows catching your eye from every direction.

It’s like Hogwarts smaller Scottish cousin, and the Caledonian theme continues with a bronze statue of Dundee’s favourite cartoon character Oor Wullie sitting on the wall outside the McManus with his legendary bucket close at hand. Suffice to say this place is as Scottish as a tartan-clothed, bagpipe-playing haggis.

The building was originally commissioned as a memorial to Prince Albert and was called the Albert Institute when it opened in 1867 but it slowly developed into today’s modern museum through a series of alterations, most notably in 1889 when an additional four art galleries and four museum galleries were added.

But there’s more to this attraction than beautiful architecture, and stepping inside the main entrance hall will start your journey through 400 million years thanks to state-of-the-art displays that depict the city of Dundee and the surrounding area from the dawn of the continent right up to the role the city has played in Scotland’s modern history.

You may also like...  A Guide To: Fort George - The Highlands

In fact, it’s safe to say there’s much more to the McManus than you might at first think, so read the next section below to find out what makes this museum and art gallery such a special place.

Things to do at the McManus museum

In my opinion the McManus building is so nice you should walk around it to appreciate the architecture of the place before stepping inside, so start outside the reception area in Albert Square and head off in either direction.

The opposite side features an impressive statue of Queen Victoria while the front is worth taking the time to snap a photo thanks to its restored stained glass windows and Victorian Grand Stairs. The museum was given an £8 million makeover in 2005 and it really shows. No wonder it’s now classed as a Category A listed building.

Once back at the reception area you’ll be offered a portable audio tour for a small fee which is well worth getting as there’s so much to see you’ll struggle to work out which route to take, but there are guides on hand on each floor to point you in the right direction in case you get a bit lost.

The reception area is home to a decent shop so you can get a memento or two of your visit and there’s a really good cafe next door that has outside seating in warmer weather. I have to admit the food there is pretty good and it’s a nice space to munch away on a slice of cake. Top marks for that one, McManus.

Heading through the reception area on the ground floor will take you into the Landscapes and Lives gallery and the Making of Modern Dundee gallery, both of which are fascinating and are a great way to learn about the city’s history.

You may also like...  A Guide To: The Isle of Arran - West Coast

I honestly felt like I had a better understanding of Dundee’s story after visiting these galleries so I suppose that’s mission accomplished for the McManus team, and I was even surprised by a few interesting facts about the city’s industrial heritage.

Did you know, for instance, that at one time Dundee had a very profitable whaling industry that continued until the 1920s? Thankfully it’s a now long-abandoned trade (in Scotland at least) but it’s a stark reminder of how much has changed in the last hundred years, especially when it comes to our attitudes to the environment

It’s great to see museums like the McManus reminding us where we came from and they’ve accomplished the task in a way that’s both interesting and educational – something that must have been a very tricky task to get right.

It’s for that reason I recommend a visit if you’ve got children in tow and I guarantee they’ll find it just as interesting as you will.

Heading up to the first floor will take you through the more modern galleries where 18th-century artworks rub shoulders with 20th-century pieces, along with man-made objects sourced from Dundee and the far-flung corners of the world.

Two of these galleries in particular are pretty spectacular. The first is the Dundee and the World gallery housed in the stunning Albert Hall. You’ll find the standard collection of interesting objects in glass display cases like you would in most museums, but it was the room itself that most impressed me.

Look up and you’ll see stained glass windows and a vaulted wooden roof that wouldn’t seem out of place in a cathedral. It’s impressive stuff. But equally impressive is The Victoria Gallery with its bright and airy glass ceiling, ornate plasterwork and beautiful collection of oil paintings that date from the mid-1700s all the way through to the early-1900s.

They’re a bit like mini versions of the Scottish National Museum and the National Galleries in Edinburgh, which is high praise from me because those two attractions are in my personal list of the top 10 best places to visit in Scotland. By the way, don’t forget to take a look at my guide to The 25 best things to do in Edinburgh for more suggestions for places to visit in Scotland’s capital city.

You may also like...  A Guide To: Edinburgh Butterfly World

The first floor of The McManus is also home to a gallery that showcases ceramics, oil paintings from the 20th-century and a Creative Learning Suite where the team offer hands-on activities and workshops to visitors. See, I told you there’s a lot more to this museum than you might at first think.

To my mind, a visit to this attraction really is a unique experience, so if you ever find yourself in Dundee I reckon making a visit to the McManus should be your top priority. You may also like...  A Guide To: The Falkirk Wheel - Central Scotland 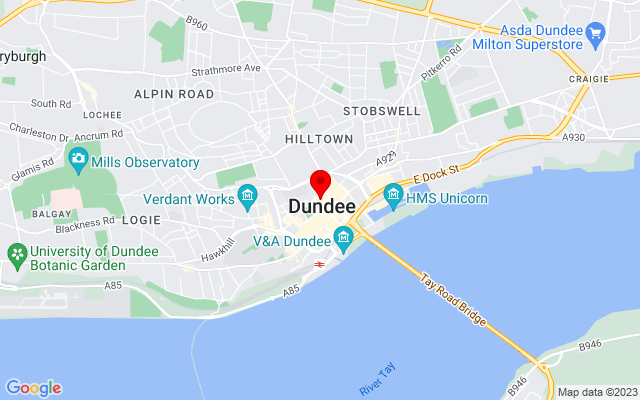 Admission is free. Audio guide is £5.

Getting there: Bus stop nearby, Car parks in city centre

A Guide To: Free Attractions in The Highlands A Guide To: Holyrood Palace in Edinburgh