Camera Obscura and World of Illusions – located near Edinburgh Castle – is one of the oldest purpose-built attractions in Scotland.

Visitors can experience six floors of interactive displays with exhibits that showcase optical illusions including holograms, a mirror maze and a spinning vortex tunnel.

About Camera Obscura and World of Illusions

One of the most popular attractions in Edinburgh also has the distinction of being one of the oldest. Camera Obscura and World of Illusions is located in a prime location on The Royal Mile, not far from Edinburgh Castle and more-or-less opposite The Scotch Whisky Experience.

The attraction features interactive exhibits that are designed to push your senses to the limit with a series of optical illusions that use light and colour to brain-boggling effect.

The collection is split across six floors, with one dedicated to holograms, another featuring a mirror maze, and yet another with a swirling vortex tunnel. Each area showcases a different aspect of optical illusions from simple mirrors and light shows to high-tech thermal imaging cameras and laser-etched holograms.

Due to its location on The Royal Mile, Camera Obscura and World of Illusions is one of the most recognizable attractions in Edinburgh, and its whitewashed tower can be seen on postcards in virtually every gift shop in the city.

If you want to visit the attraction, simply point yourself in the direction of Edinburgh Castle and look back down the hill from the castle esplanade. To the right is The Scotch Whisky Experience and to the left is Camera Obscura, but as it’s heavily signposted it’s pretty much impossible to miss.

Once you enter the building you’ll find the gift shop on your left and the ticket desk on the right, after which you can head up the stairs to the interactive and hands-on exhibits.

Although the attraction is aimed towards families it’s equally suitable for couples so whatever your age you’ll enjoy it, mainly because there’s lots of variation in the exhibits and it’s not just colourful light shows and high-tech wizardry that’s on display.

The third floor, for example, features interactive cameras that you can remotely control to get a real-time overview of the cityscape, while around the corner there’s a display of old photographs that show exactly how the city would have looked when the Camera Obscura first opened in the 1850s.

As a tourist attraction, Camera Obscura and World of Illusions is a bit of a must-visit, which along with The Royal Mile, Edinburgh Castle and The Scotch Whisky Experience is one of the highlights of a visit to this amazing city.

The history of Camera Obscura and World of Illusions

In the early 19th century, Edinburgh telescope maker Thomas Short built a display for his work on Calton Hill, with his largest telescope passing to his daughter Maria in 1827.

After Thomas’s death, Maria continued exhibiting her father’s instruments on Calton Hill, but in 1851 she was forced to relocate the collection after Edinburgh’s authorities demolished her observatory.

She moved the entire collection to their present location on Castlehill where they remained a popular attraction until her death in 1869.

The building and its telescopes were later bought by Patrick Geddes, a Scottish urban planner and entrepreneur who saw the potential of the Camera Obscura as the centrepiece to an exhibition demonstrating urban planning to the public.

The site was renamed the Outlook Tower and was rebuilt with each floor showcasing a different theme related to town planning. At the very top was the attraction’s premier exhibit, the camera obscura, which still exists today in the same location just as it did over a hundred years ago.

The camera wowed crowds through its use of light and mirrors which projected an image of the city onto a whiteboard at the top of the tower, at least on those rare days in Edinburgh that were bright and sunny…

Thomas Geddes died in 1932 and for a time it was uncertain whether the instruments in the Outlook Tower would be lost to the public forever, but in 1966 Edinburgh University took ownership and maintained the building for the next sixteen years until finally handing it over to a private enterprise in 1982.

The Patrick Geddes exhibits were scaled back and the development of the World of Illusion that we see today began, although there is still an exhibit devoted to Geddes on the fourth floor.

The six floors of the Camera Obscura feature an eye-popping array of mind-bending illusions, and each floor has a different theme.

The ground level doesn’t have too much to write about as it’s just the location of the ticket office and the gift shop, although I have to admit the shop is very good. There are lots of quality toys and souvenirs in there that are a cut above the usual tourist tat you’ll find elsewhere in Edinburgh, so it’s an ideal place to pick up a memento of your visit to the city.

Moving upstairs takes you to the first floor where you’ll find two of the best illusions in the attraction – the mirror maze and the vortex tunnel. The mirror maze is basically the same as the ones you see in funfairs and theme parks across the country, but it’s good fun nonetheless.

The vortex tunnel on the other hand is completely unique. It’s difficult to get across how bizarre it is, but it’s basically a static walkway inside a tunnel of spinning coloured lights. I know that doesn’t sound too impressive, but walking inside the tunnel is a completely surreal experience as the spinning lights trick your brain into thinking the entire walkway is rotating upside down.

I guarantee you’ll be clutching the handrails for dear life as you make your way through it.

The next floor is a wee bit more sedate as it’s the level where you can play with interactive cameras that look out over the city. There’s also a thermal imaging camera, a collection of microscopes, and a collection of historic photographs of Edinburgh.

Moving on to the fourth floor, you’ll enter a room full of fascinating holograms and a very clever colour shadow wall, but it’s the Ames Room that has to be the highlight.

The room uses optical illusions to full effect with a tilted floor that’s designed to trick your brain when looking at people standing in opposite corners. One appears to be tiny and the other looks like a huge giant, so it’s a fantastic photo opportunity for families with young children.

The fifth floor continues the illusions with a combination of traditional mirrors that make your head and body bigger and smaller depending on your viewing angle, plasma balls that respond to your touch with sparking electrical arcs, magic eye pictures, and a shadow wall that captures an image of your shadow and displays it on a giant screen.

The final level features a rooftop terrace that offers superb views across the city, and you’ll see Edinburgh Castle and Princes Street Gardens from a whole new perspective. The main attraction though is the Camera Obscura itself, which is basically a panel in a darkened room where an image of the city is projected onto it.

The tour guide will give a brief introduction to the exhibit after which you’ll get to see it in action (which is much more interesting than it sounds) before taking the stairs back down to the ground level exit.

Directions to Camera Obscura and World of Illusions 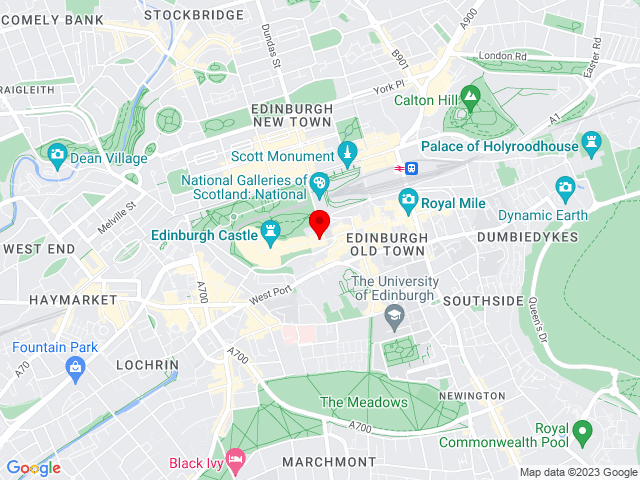 Things to do near Camera Obscura and World of Illusions

Accommodation near Camera Obscura and World of Illusions

FAQ’s about Camera Obscura and World of Illusions

How long does it take to go around Camera Obscura?

Camera Obscura and World of Illusions is split across six floors in one building, and most people take between 1.5 to 2 hours to walk around it at a leisurely pace.

Does Camera Obscura have a lift?

There is no lift at Camera Obscura and World of Illusions as the 17th-century building is listed, therefore it is not permitted to install one. The six floors are accessed via stairs.

Do you have to book tickets for Camera Obscura?

Tickets can be pre-booked from the Camera Obscura and World of Illusions website. Tickets will be sent electronically.
It is also possible to purchase tickets from the front desk on arrival, depending on availability.

What visitor facilities are there at Camera Obscura and World of Illusions ?

Visit the FAQ page for updated information on facilities.