Nestled on the banks of the peat-stained waters of Loch Ness, the 17th-century Urquhart Castle is one of the finest sightseeing destinations in Scotland, and you might even catch sight of a monster swimming by when you visit.

Discover this legendary castle in this complete guide which includes an overview and useful visiting tips.

Urquhart Castle is one of those Scottish tourist attractions that seemingly everyone in the world has seen photos of. Nestled on the western shore of Loch Ness, the castle is the perfect location to whip out your camera and really capture the spirit of Scotland.

Although it’s a popular tourist destination today thanks to its beautiful and peaceful setting, in another life the castle played a pivotal role as a defensive position for both the Scots and the English, where bloody battles eventually led to its partial demolition during the Wars of Independence.

In fact, its age is far greater than the current ruins would have you believe and it’s known that a fortification of some sort existed on the site as far back as the 6th century.

These days you’re more likely to see bus loads of invading tourists than invading armies descending on Urquhart Castle but it’s well worth visiting, especially if you’ve got an interest in history.

The views across Loch Ness from the castle walls are superb so if you visit this attraction make sure you’ve got your camera handy. Oh, and don’t forget to grab a coffee and cake in the café – they do seriously good food in there and the view from the terrace is fantastic.

Due to the close proximity of both Inverness and Fort William, Urquhart Castle is easily accessible from either town and provides the perfect stopping-off point for visitors who want to experience Loch Ness in all its glory from both the northern and southern ends.

Once at the site you’ll find a sizeable car park with accessible footpaths leading through the visitor centre and out into the grounds surrounding the castle ruins, while the castle itself can be explored in nearly all areas, with the gloomy prison cell and the imposing tower being particular highlights.

The castle is now a ruined shadow of its former glory, partly due to weather erosion and partly due to the English army garrison that was stationed there in the 17th-century.

At the time, the castle had been conquered by the Scots and the English several times, but when the English troops finally left in 1692 they decided to prevent the fortress being subsequently used by Jacobite forces by demolishing most of the castle walls with explosives.

However, a large part of the structure remains intact and there’s plenty to see and do at the site, and the maze-like warren of walls and corridors that extend off from the original great hall are a great place for families to explore together.

Mums and dads will love the view stretching across Loch Ness from the battlements of Grant Tower and the kids will be fascinated by one of the few working stone-throwing trebuchets in Scotland.

Perhaps the best way to see Urquhart Castle is from Loch Ness, and if you take one of the many loch cruises from Fort Augustus you’ll be able to see the castle from an entirely different perspective as the tour boat sails past the ruins.

The castle’s popularity with tourists means that it’s been re-designed to be accessible for all ages and easy-access paths run throughout the site so that even those with limited ability will be able to enjoy the attraction.

The visitor centre is also one of the best attached to any castle in Scotland, with an extensive gift shop, exhibitions explaining the castle’s history, and a restaurant serving food and drink both inside the centre and outside on a terrace overlooking the loch.

If you’re intending to spend any time at Loch Ness then a visit to Urquhart Castle has to be at the top of your list of attractions to visit.

Top-Tip – keep a lookout on the water as Urquhart Castle has been the location of many sightings of the Loch Ness Monster. If you’d like to know more about the story of Nessie, the loch, and the surrounding area I recommend visiting the Loch Ness Centre and Exhibition.

Urquhart castle is approximately mid-way between Fort Augustus and Inverness, on the west side of Loch Ness, near Drumnadrochit village.

Approaching from Inverness at the northern end of the loch, follow the A82 for approximately 17 miles

Approaching from Fort Augustus at the southern end of the loch, follow the A82 for approximately 17 miles. 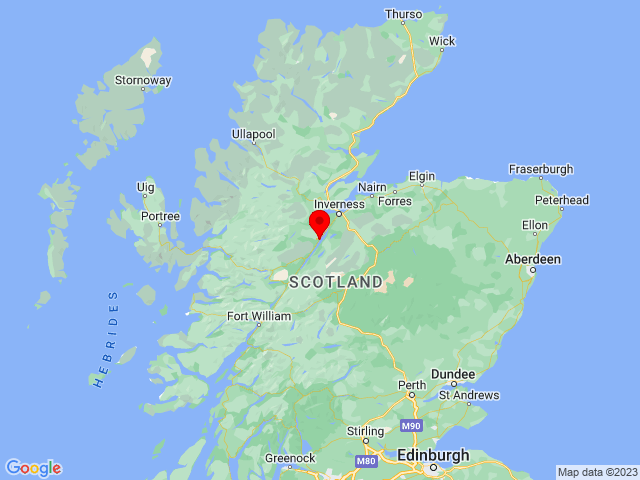 Things to do near Urquhart Castle

Is Urquhart Castle worth visiting?

In addition, the castle ruins are fascinating to explore and are especially exciting for children, while adults will enjoy the romantic atmosphere of it.
The Historic Environment Scotland visitor centre is particularly good as it features an extensive Loch Ness exhibition, a shop, and a café with terrace seating overlooking the loch.

What is Urquhart Castle famous for?

Urquhart Castle is famous for its location on the banks of Loch Ness. The castle is one of the most scenic and most photographed in Scotland.
During its 1000-year history the castle was known as one of the most strategically important in Scotland and was fiercely fought over by the Scottish and the English.

What was filmed at Urquhart Castle?

Who blew up Urquhart Castle?